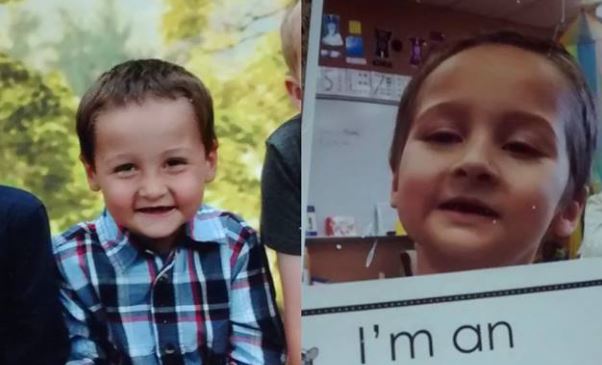 A relative of a five-year-old boy who went missing over the weekend says the boy may have been a victim of abuse.

The great-aunt of Lucas Hernandez said that she noticed signs indicating abuse before the boy disappeared Wichita, Kansas on Saturday, Feb. 17.

Sally Rasmussen, who lives in New Mexico, told ABC News that she saw marks on the boy’s arms and cheek in a photo she saw of him last May.

Rasmussen said that she’s worked with at-risk youth before so is familiar with potential signs of abuse.

She reported the marks to Child Protective Services, and made another report in November when Lucas and his father, Johnathan Hernandez, visited her.

She emphasized that the father did not abuse his son and believes it was Lucas’ stepmother.

The father was out of town for work when Lucas disappeared, she said.

“We’re doing a thorough investigation,” Officer Charley Davidson told KAKE. “We don’t want to jeopardize an investigation, so I can’t go into any details as it’s still an active investigation.”

A search for the boy expanded over the weekend, including officers on horseback, ATVs, and in a helicopter.

“It is a taxing case, but we do continue to investigate each and every lead that we have. That’s why we continue to ask the community to call us if they have any information they believe could help us in locating Lucas Hernandez.”