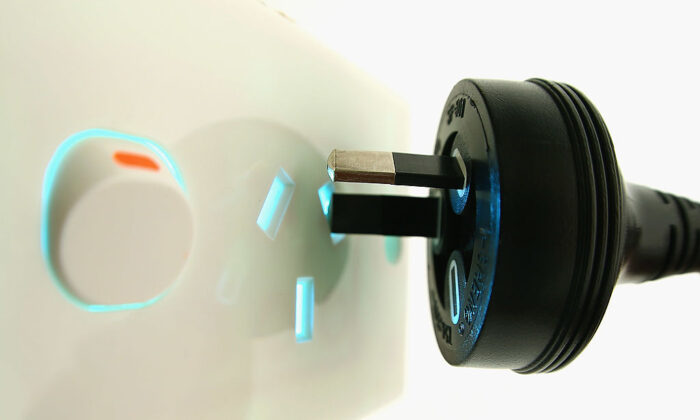 A power plug is placed into a power socket in Melbourne, Australia, on Oct. 22, 2012. (Quinn Rooney/Getty Images)
Australia

Australian energy giant AGL has warned proposed sweeping changes to the operation of the country’s electricity market may result in higher prices for customers.

Following major disruptions to the energy grid in June—with the Australian Industry Group describing it as “apocalyptic“—authorities were forced to suspend the National Electricity Market (NEM) to ensure households and businesses could get access to power.

The NEM is integral to Australia’s electricity network and comprises a bidding system between wholesale energy providers and retailers, who in turn, supply electricity to the customer.

In response to the near-crisis, the Energy Security Board proposed a new way of running the NEM—by implementing a “capacity mechanism” by 2025.

While consultations are ongoing, the basic premise of a capacity mechanism is that power generators would be paid to be on standby with available electricity rather than paid based on how much they bid—and supply—to the NEM.

State governments will decide how much of the electricity mix should be renewable or fossil fuel-based—the Victorian government has already ruled out including fossil fuel generators.

In response to the proposal, AGL—one of the “Big Three” energy providers in Australia—has raised concerns that the capacity mechanism could result in “excessive costs for energy customers” and dampen incentives for new power generation options.

“A common critique of capacity markets internationally is that they struggle to produce the right mix of incentives, and often produce outcomes at higher cost.

“In the present environment, it is not clear that it is in the best interests of customers to make a structural transition towards a market design that is broadly criticised as exacerbating affordability challenges and reducing agility and flexibility in the types of resources it incentivises,” according to AGL’s submission to the Energy Security Board.

AGL further noted that there was little cooperation between the states on what generators would be eligible for the mechanism and that these details needed to be nutted out before a framework was decided on.

“There is a lack of consideration in the Energy Security Board’s high-level design of how the capacity mechanism would interact with elements of the existing market that currently support investment, such as the NEM reliability and price settings, which are fundamental to solving the investment challenges that the Energy Security Board has identified in its case for change.”

Australian energy prices have soared in recent months after years of indecision, and a lack of support for coal-fired power generators (due to the push for net-zero), which has left the grid in a fragile position to deal with any unforeseen crises—incidentally, in late May a perfect storm of factors would come together to force authorities to step in.

One was a polar vortex that swept through the southern and eastern states driving up domestic energy demand significantly.

The other was the war in Ukraine and subsequent sanctions on Russian gas and coal imports globally. This had a worldwide cascading effect and drove up demand for the resource across Europe.

Australia’s gas market is shared between domestic and international users, a situation that left local and European consumers effectively competing for use of Australian gas. Western Australia fared better as earlier governments set a mandate for producers to keep a portion of supply for local use.

Further, several coal-fired generators actually broke down (after years of neglect), resulting in a lack of generator capacity for the electricity grid.

At one point, the Australian Energy Market Operator tried to control prices by placing a cap on wholesale rates. However, some generators simply stopped generating electricity due to low profitability.

This forced AEMO to step in at one point to direct generators to produce electricity. Following this series of events, the capacity mechanism was proposed as a future solution.

Despite the instability caused by a lack of dispatchable energy (coal being the most reliable), the current federal Labor government is still pushing ahead with greater decarbonisation of the energy grid and larger investments in renewable.