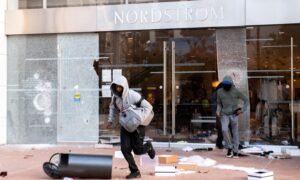 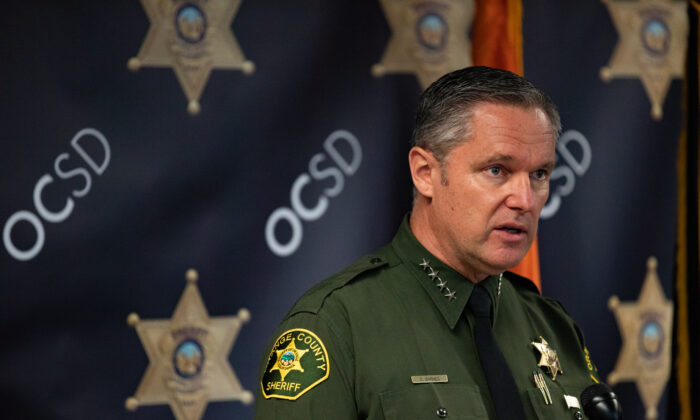 California law enforcement agencies were dealt a blow at the ballot box Nov. 3 when voters shot down a motion to crack down on crime. Proposition 20 was supported by many law enforcement officials across the state.

The ballot measure sought to strengthen jail sentences by countering the effects of Prop. 47 and Prop. 57, approved by voters in 2014 and 2016 respectively, and Assembly Bill 109, passed in 2011. The three laws—dubbed “California’s dangerous trifecta” by Andrew Do, then-chair of the Orange County Board of Supervisors—softened penalties for property crimes, including theft, and drug offenses.

Prop. 20 would have added 22 crimes—including the human trafficking of a child, felony domestic violence and rape of an unconscious person—to the list of crimes that make inmates ineligible for early parole. The proposition would have also increased penalties for repeat shoplifters, and criminals involved in organized theft rings. It would have required DNA samples from adults convicted of certain misdemeanors.

“I am disappointed in the result,” Orange County Sheriff Don Barnes told The Epoch Times via email. “Accountability is a necessary component of our criminal justice system. … As a law enforcement leader, the continued removal of consequence for law violations is a concern. Without consequence, there is little reason for a repeat offender to change their ways and there is no justice for the victims of their crimes.”

The Democratic Party of Orange County opposed the measure, while the Republicans supported it.

CZI states on its website that Prop. 20 would have reversed “significant” criminal justice reforms in California, “disproportionately impacting Black and Latinx people across the state.”

“CZI has been involved, along with California’s criminal justice reform advocates and allies, in supporting the No on Prop. 20 campaign because of how harsh and unfair sentencing laws have contributed to the U.S. system of mass incarceration—negatively impacting families and entire communities, especially communities of color,” the website states.

The NoProp20.vote website claims that Prop. 20 would have rolled back “effective criminal justice reforms” and wasted “tens of millions of taxpayer dollars on prisons.” The site states that the ballot measure would have forced “draconian cuts” to rehabilitation programs, mental health programs “proven to reduce repeat crime,” schools, health care, housing and homelessness, fire protection and public safety programs, and support for victims.

Called the Safe Neighborhoods and Schools Act, Prop. 47 was intended to reduce the state prison population by downgrading some crimes from felonies to misdemeanors, allowing convicted criminals to avoid doing time and sparing the state the cost of housing them behind bars.

Money saved was to be used to pay for schools and rehabilitation programs, including providing offenders with counselors, therapy, housing, and job opportunities.

But many law enforcement groups have said such programs are not as effective as tougher penalties and vigilant enforcement. In 2014, the National Association of Drug Court Professionals warned that Prop. 47 “provides for virtually no accountability, supervision or treatment for addicted offenders,” and “turns a blind eye to over two decades of research and practice that demonstrates addicted offenders need structure and accountability in addition to treatment to become sober.”

Scott Graves, director of research at the California Budget and Policy Center, told The Epoch Times that the 2019–20 estimated average cost of housing one inmate per year in a state prison was about $89,000, and the projected 2020–21 cost is about $91,000. He cautioned, however, that those figures could be inaccurate and are often higher than actual costs.

A year ago, then-CPCA President Ron Lawrence enthusiastically backed the ballot initiative, which would later become known as Prop. 20 on the November 2020 ballot.

Lawrence completed a one-year term as CPCA president in 2019, and continues to serve as police chief in Citrus Heights, California. He actively advocated for Prop. 20 until the election.

Six years ago, when Prop. 47 became law, “there was no more drug court,” and no way for police to put criminals convicted of drug-related offenses on probation and “get them into mandatory drug rehab,” Lawrence said.

Prop. 47 made the theft of goods worth $950 or less a misdemeanor instead of a felony. Criminals involved in organized retail theft roamed from store to store and city to city, never exceeding the $950 limit in any one place, because they knew they would only get a ticket for a misdemeanor even if they’ve raided multiple businesses, Lawrence said.

“So now, when we find somebody in possession of opioids, methamphetamines, cocaine, or ecstasy—name your drug—because it’s a misdemeanor, they get a citation. They get a ticket,” Lawrence told The Epoch Times in 2019.

But that was then; this is now. And CPCA President Eric Nuñez doesn’t want to talk about it.

“We are not doing any interviews on Prop. 20,” Brady Guertin, CPCA spokesman for Nuñez , told The Epoch Times in an email.

The Epoch Times reached out to police departments in Orange County to see their reactions to the rejection of Prop. 20. Most didn’t reply as of press deadline.

Fullerton Police Department Cpl. Billy Phu, told The Epoch Times via email: “We don’t have an opinion on the legislation as an organization. We let our legislators and voters make and vote on the laws and we will enforce or follow them.”