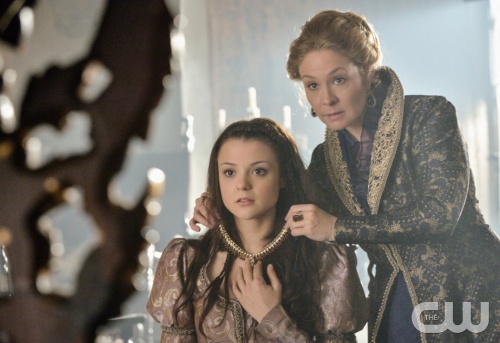 Reign on the CW Network has already been renewed for a season 2 as season 1 passed the midway point and has about eight episodes left, including the one on March 20.

Reign was renewed along with another CW freshman drama, The Originals.

“This season we’ve had great success with our new hit series The Originals paired with Supernatural, giving us our best Tuesday nights in years,” said CW president Mark Pedowitz in a statement. “The Vampire Diaries is No. 2 in its time period in the young adult demos, and with Arrow continuing to gain among young men, and Reign growing its time period, we now have strong nights on Tuesday, Wednesday and Thursday. I’m very pleased to announce early pickups for all five series, and let our fans know they’ll have more great drama to look forward to next season.”

CW shows that haven’t been renewed include The Carrie Diaries, Hart of Dixie, and The Tomorrow People.