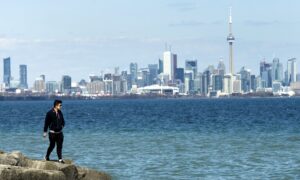 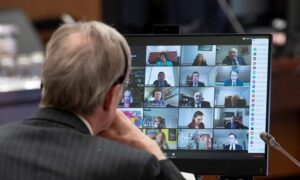 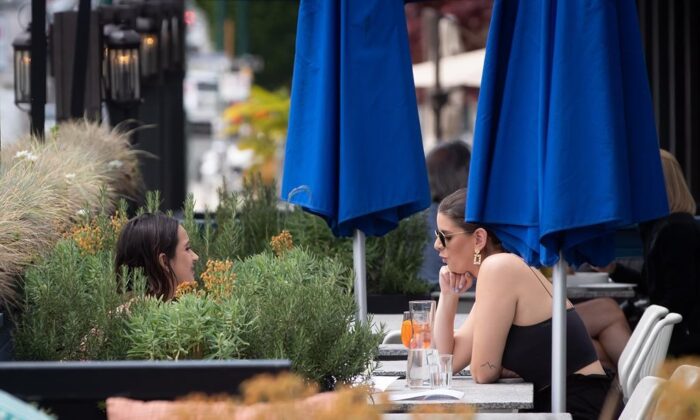 Two women have drinks on the patio at an Earls restaurant, in Vancouver, on May 19, 2020. British Columbia began phase two of the reopening of its economy Tuesday, allowing certain businesses that were ordered closed due to COVID-19 to open their doors to customers if new health and safety regulations are followed. (Darryl Dyck/The Canadian Press)
Canada

Regions Should Reopen On Their Own Timelines, Poll Suggests

OTTAWA—As provinces take their cautious first steps to allow people back into local businesses, a new poll suggests most Canadians don’t think province-wide measures are the best way to reopen the economy.

The latest poll on the COVID-19 pandemic by Leger and the Association for Canadian Studies suggests only 35 percent of people thought restrictions should be loosened for entire provinces.

Still, just over half of those polled said they trust provinces to make the call about what businesses should reopen and when, whereas about one-third said that should be up to Ottawa and 14 percent said local governments should decide.

That is essentially what happened in Quebec, where the provincial government delayed the planned reopening of schools, daycares and businesses in the Greater Montreal area for one week because of the particularly high COVID-19 infection rate in the area and a shortage of health-care workers.

The proportion of people who said they would like decisions to be made region by region were highest in that province at 73 percent, followed by Alberta at 52 percent.

“It’s as if Canadians are saying we need to be nimble in terms of how we make decisions,” said Leger vice-president Christian Bourque.

Albertans and Ontarians were slightly less likely to put their trust in the provincial government to make decisions about how local economies should reopen, at 46 percent compared with the 55 percent for Canadians overall.

The pollsters surveyed 1,513 Canadians recruited from an online panel between May 15 and May 17.

Since polls created from Internet panels are not random samples, however, no margin of error can be associated with the results.

As for how comfortable Canadians are with the current speed at which provinces and territories are lifting public health restrictions, 60 percent said they should keep doing what they’re doing, while 27 percent would like to see them pull on the reins and 13 percent want them to move faster.

While people begin to venture into public spaces more often over the coming weeks, masks may be a more common sight, as 67 percent of respondents said they’ve taken to covering their face a means of protecting against the virus.

About half of respondents across the country said they wear a mask at the grocery store and on public transit, and 42 percent wear one to the pharmacy.

Only about ten percent said they would don a mask to take a walk.

But Bourque said they still might not be getting the message about why masks are actually beneficial.

Of those surveyed, including those who don’t wear masks, 43 percent said they wear a mask to protect themselves and others against the virus, while in truth non-medical masks provide little protection to the wearer.

Rather, they’re intended to prevent the wearer from passing the virus to others.