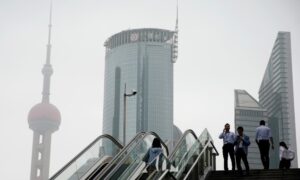 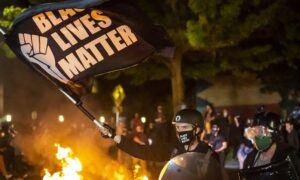 A Münster of Our Own Making: Religiosity in Portland
0 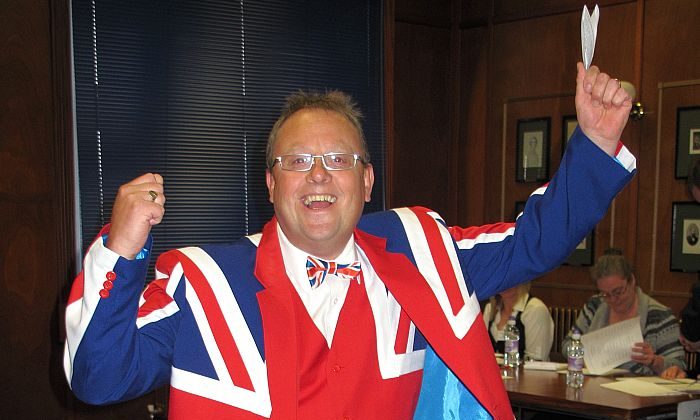 A man clothed in the British flag casts his vote during a referendum in Stanley, Falkland Islands. on March 10. Residents of the Falkland Islands on Sunday voted in a referendum intended to show the world that they want to stay British amid increasingly assertive claims by Argentina. (Tony Chater/AFP/Getty Images)
Opinion

Sometimes even great writers can be wrong. Jorge Luis Borges, one of the greatest writers of the 20th century, argued, “The fight between Argentina and Great Britain for the Malvinas is like two bald men fighting for a comb.”

Borges probably didn’t know that now an important reason for the hostilities between the two countries, aside from the sovereignty Argentine claims, are the substantial oil and gas deposits located close to the islands that Britain calls the Falklands.

The referendum that recently (March 10 and 11) took place in the islands, in which 99.8 percent of their inhabitants chose to remain as an Overseas Territory of the United Kingdom doesn’t give Great Britain rights over the islands.

The referendum goes against 10 resolutions of the United Nations General Assembly and more than 30 resolutions of the U.N. Special Committee on Decolonization. They emphasize that only through negotiations between the conflicting parties can an appropriate settlement be reached.

Similar resolutions were put forth by the Organization of American States (OEA) as well as by the Southern Common Market (MERCOSUR), which includes Argentina, Brazil, Paraguay, Uruguay, and Venezuela. All those countries have banned Falklands-flagged ships from docking at their ports.

In addition, member countries of the Union of South American Nations (UNASUR) and MERCOSUR have signed a special declaration where they maintain that the referendum neither changes the essence of the question of the Malvinas Islands nor does it put an end to the sovereignty dispute.

On Jan. 2, 1833, Captain James Onslow of the brig-sloop HMS Clio reached the Spanish settlement at Port Louis. Onslow requested that the Argentine flag be replaced with the British one, and the Argentine administration was deported to Montevideo.

Because he was under numerical disadvantage, Argentine Lt. Col. José María Pinedo chose to depart without fighting. Despite Argentina’s protests, the colony was established with nationals of the occupying power, and the islands continue under British administration.

The illegality of the seizure of islands was recognized even by British officials.

In October 1936, John Troutbeck, head of the American department at the British Foreign Office stated, “The difficulty of the position is that our seizure of the Falkland Islands in 1833 was so arbitrary a procedure as judged by the ideology of the present day. It is therefore not easy to explain our possession without showing ourselves up as international bandits.”

The United Kingdom thus shaped a made-to-measure community in the islands in a process that was never accepted by Argentina, which firmly and repeatedly rejected it. At the same time, however, Argentina has shown its firm willingness to resume bilateral negotiations in order to find a solution to the dispute in accordance with the United Nations mandate.

The Argentine position is shared by the international community, which has declared itself in favor of the resumption of negotiations in several regional and bi-regional forums such as the Ibero-American Summit, the Community of Latin American and Caribbean States (CELAC,) the Arab and South American Countries Summit (ASPA,) the Bolivarian Alliance for the Peoples of Our America (ALBA,) the Rio Group (an international organization of Latin American and some Caribbean States), the Group of 77, and the African and South American Countries Summit (ASA.)

The situation is aggravated by the unilateral activities involving exploitation of renewable and nonrenewable resources that the United Kingdom conducts in violation of a U.N. resolution in the area under dispute. These activities are contrary to the letter and spirit of the United Nations relevant resolutions on the question of the Malvinas Islands, in particular resolution 31/49.

This U.N. General Assembly resolution calls upon both parties to refrain from taking decisions that would imply introducing unilateral modifications into the situation while the islands are going through the process of negotiations recommended by the General Assembly.

Asking British citizens if they want to remain British is a futile exercise that undermines the essence of the dispute on which the United Nations has repeatedly issued resolutions, which have been systematically ignored by Great Britain. The referendum doesn’t put an end to the sovereignty dispute over the islands, and only assures the perpetuation of the conflict between Great Britain and Argentina.