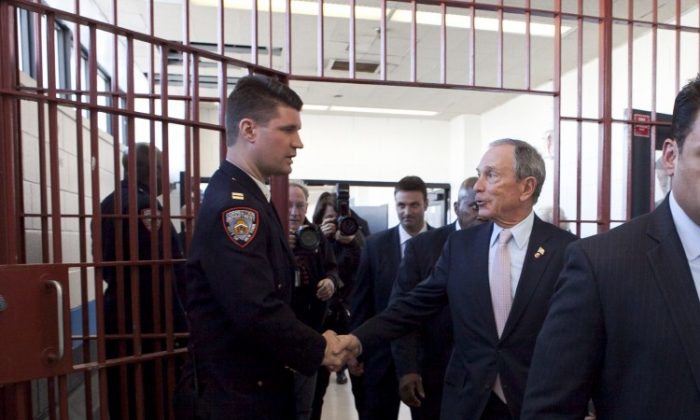 NEW YORK—Some inmates at Rikers Island staying as few as 20 days will be eligible for a new program that will provide them critical resources such as ID cards, GED, and ways to stay sober, all in an effort to reduce recidivism.

The current rate of recidivism within a year is 69 percent. The mayor hopes with a $3.6 million investment the new plan, called I-CAN (Individualized Correction Achievement Network), will reduce the rate by 10 percent.

I-CAN will mainly focus on pre-trial inmates deemed “high risk” at returning to crime. The risk factors were determined by years of data gathered at the city’s prisons.

Once evaluated, inmates will receive critical re-entry services, such as education, drug counseling, and even job training and placement.

The plan will be individually tailored to each inmate, and will start from the day they arrive at four facilities: the Otis Bantum Correction Center, the Anna M. Kross Center, the Eric M. Taylor Center, and the Rose M. Singer Center. If successful, the plan will be expanded to the entire jail system by the end of 2013.

The association already used programs like Fresh Start, which provide parenting training, culinary arts training, and even journalism classes to produce a newspaper.

The programs already in place have proven to lower the rate of recidivism for individuals who participate because it is more than just providing a plan for them after they leave—it gives them tools for everyday life.

Elizabeth Gaynes, executive director of the Osborne Association, said inmates used to just get a plan upon exit.

“They have a plan. It is not a good plan sometimes, but it is a plan,” she said. “They don’t have the support, the services, or the confidence to [carry] it out.”

She said the I-CAN program also gives them the tools to carry out the plan.

“This is different and it will make a difference.”