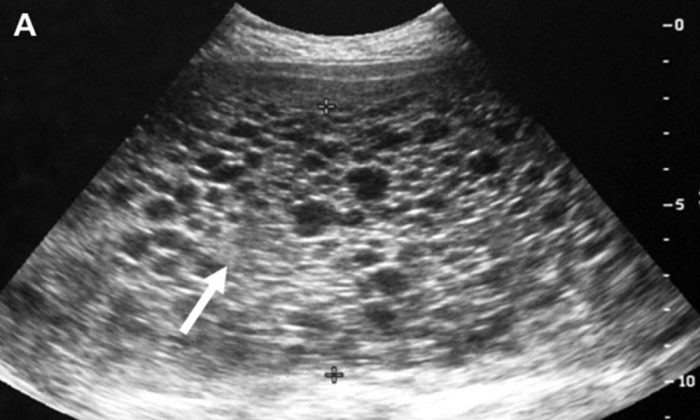 An Imgur user noticed something strange when his wife went to take an ultrasound test.

“Recently, we found out we were preggers. It was great news!” user 0tisdriftwood wrote, adding that his family would become a family of four “by one more heartbeat.”

However, he said his wife was “very sick for most of her pregnancy,” and when an ultrasound was done, there was no child.

Instead, “it looked like a bunch of grapes,” he said, adding that it was actually a tumor. Specifically, his wife’s condition was a “molar pregnancy.”

A molar pregnancy is a noncancerous tumor that forms in the uterus as a result of a nonviable pregnancy.

According to Cancer Research UK, it occurs when the fertilization of the egg “by the sperm goes wrong and leads to the growth of abnormal cells or clusters of water filled sacs inside the womb.”

Imgur user 0tisdriftwood said his wife had to have it removed immediately. “Because molar pregnancies are so vascular, the surgeon had to prepare for a full historectomy. Luckily, they got it all out without taking any reproductive organs,” he wrote.

But there’s a silver lining. His wife is safe and healthy.

“Though we didn’t get to add to our family, I am so thankful for the amazing wife and son that I currently have,” he said.