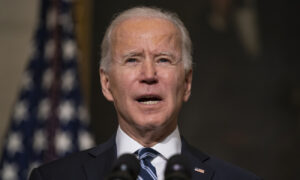 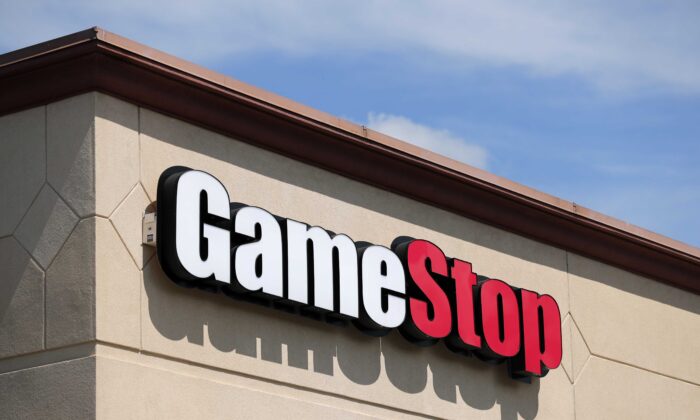 A GameStop store is seen in St. Louis on May 7, 2020. (Jeff Roberson/AP Photo)
Investment

Some Reddit WallStreetBets Users Urge Others Not to Buy Silver, Stick With GameStop

Several top posts on the highly popular WallStreetBets sub-Reddit forum have suggested that users not purchase silver, following media reports over the weekend that suggest otherwise.

“Silver might go up nicely and for a time but don’t get high on hopium, this is not gonna go in the 100s,” said one user.

In another highly upvoted post, one wrote: “False media reports about ‘Reddit traders’ moving en-mass into silver, SPACs, or whatever is benefiting hedge funds at the moment is getting out of control. It doesn’t take more than 2 seconds and a smooth brain to pull up front page of WSB to see that nobody is talking about that [expletive] (except for the bots).”

Even more posts said users should continue to purchase GameStop (GME) stock and hold it—as was the strategy last week.

“You might have noticed this weekend that the hedge funds tried to push silver (a great commodity btw) via their shills on the media (expect more this morning on CNBC),” added another, saying that “this is just a pure DISTRACTION at this time aimed at diverting attention from GME.”

On Feb. 1, silver broke $30 per ounce for the first time in years. As traders turned their attention to silver—a bigger and more liquid market than the individual stocks targeted until last week—shares of GameStop tumbled 31 percent to $225, after closing on Jan. 29 at $325.

“Gold and silver are direct beneficiaries of low to negative real interest rates and fiat currency debasement,” she said. “A general economic post-COVID recovery is also helping the silver price.”

Users on the forum added that people should also avoid purchasing Dogecoin, a cryptocurrency that was started as a joke several years ago. Over the past weekend, Dogecoin frequently trended as users called on others to purchase and hold it.

On Jan. 31, bullion dealers such as Moneymetals, JM Bullion, APMEX, and others reported silver bullion shortages, saying that orders couldn’t be fulfilled or would be delayed due to high demand.

APMEX CEO Ken Lewis wrote in a Jan. 31 statement: “In the last week, we have seen a dramatic shift in Silver demand from our customers. For example, the ratio of ounces sold per day was running about two times earlier in the week and closer to four times the average demand by the end of the week.”

“Once markets closed on Friday, we saw demand hit as much as six times a typical business day and more than 12 times a normal weekend day. Combined with the extremely high demand levels, we are also seeing a surge in new customers. On Saturday alone, we added as many new customers as we usually add in a week,” Lewis added.

The demand in silver appeared to be so great over the weekend, that even popular Amazon listings for silver bullion—which generally have higher prices than bullion dealers—appeared to be out of stock. Prices also appeared to increase significantly.