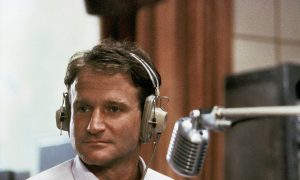 A Week After Reddit Protests, Ellen Pao Steps Down as CEO

Update – July 10th: A week after Reddit moderators shut down many of the most popular forums on the website in protest of the firing of Victoria Taylor and administrative mismanagement, Ellen Pao has stepped down as CEO of the company, to be replaced by Steve Huffman, a co-founder and the original CEO of Reddit.

Pao was the target of widespread contempt by Reddit’s user-base during the shutdown of the website, and a Change.org petition to have her removed as CEO received more than 200,000 signatures in the days following the protests.

On Monday, Pao issued a formal apology to Reddit users, admitting that the management team had “screwed up” and “haven’t communicated well” with the websites moderators, which appears to have quelled some of the anger towards her, but proved to be ultimately futile in securing her position in the company.

After the termination of Victoria Taylor, an employee at Reddit and a popular moderator for the subreddit r/IAmA — which features frequent Q&As between celebrities and the website’s users — the subreddit’s moderators set it to private, essentially shutting down one of Reddit’s most popular channels.

“Today, we learned that Victoria was unexpectedly let go from her position with Reddit. We all had the rug ripped out from under us and feel betrayed,” a moderator for r/IAmA wrote on Thursday. “Before doing that, the admins really should have at least talked to us.”

Administrators refuse to comment on why Taylor was fired, although a deleted Quora post from a manager at Reddit indicates that Taylor pushed back against proposals to commercialize r/IAmA by adding video Q&A sessions.

Attempts by Reddit administrators to placate these concerns were seen as dismissive, and other popular subreddits — r/funny, books, video, among many others — were shut down by their respective moderators in solidarity with the moderators at r/IAmA, rendering large swathes of the site dysfunctional.

The crisis sparked a conversation between the administrators and the moderators, from which came an outpouring of complaints and grievances from the moderators, which emphasized the remarkable degree of neglect and lack of communication demonstrated by the former.

A few hours after midnight on Friday, some of the subreddits were re-opened to the public after administrators desperate to get the subs back online made promises to improve communication channels going forward.

The top stories on Reddit’s front-page all deal with the firing of Taylor or the conflict with the administrators.

“I would like to accomplish two things immediately: Get the blacked out subreddits back online,” wrote Reddit co-founder Alexis Ohanian. “Your message was received loud and clear. The communication between Reddit and the moderators needs to improve dramatically. We will work closely with you all going forward to ensure events like today don’t happen again.”

Still, the IAmA subreddit remains on lock-down, and the dispute has sparked an all-out conflagration that threatens to consume the Reddit community.

The top stories on Reddit’s front-page all deal with the firing of Taylor or the conflict with the administrators: one post links to an article describing the downfall of Digg, a precursor to Reddit. Digg’s valuation fell from $160 million to $500,000 after the company made unpopular structural changes to the website that drove away its user base.

Reddit users have repeatedly shared the story of Digg’s decline on the website in recent months, insinuating that if Reddit’s team, headed by interim CEO Ellen Pao, continues to implement unpopular reforms, they might have a mass exodus on their hands.

Tensions have been building between Reddit’s user-base and the company for months, amid concerns that nefarious reforms — most notably broad censorship policies — would be introduced to make the website more attractive to advertisers. Earlier this month, the deletion of several controversial subreddits, including one devoted to ridiculing fat people, triggered massive unrest in the Reddit community, with much of the ire directed at Pao, who became CEO in November of 2014.

In the wake of the sub-reddit deletions, a cartoon circulated that showed Pao as a tank-commander running over the cartoon person in the Reddit logo, using a visual template borrowed from the iconic photograph of Tank Man, the mysterious student who stood before a column of tanks during the 1989 Tiananmen Square Massacre.

A vocal part of the Reddit community sees Pao as a suspicious figure, with top-voted comments frequently labeling her failed $16 million gender discrimination lawsuit against her former employer, Kleiner Perkins Caufield & Byers, as just another shakedown attempt to pay for the legal fees of her husband Buddy Fletcher, who has been embroiled in lawsuits accusing him of defrauding a Louisiana pension fund out of millions, and also her fighting back against being labeled “the black Madoff.”

The attacks on Pao — and the entire Reddit management — have only mounted.

The attacks on Pao — and the entire Reddit management — have only mounted in the midst of the moderators’ protests; on the front page of r/pics a photograph of Hitler’s desk is captioned as “Ellen Pao’s office,” and the Nazi Reichstag as “Reddit’s HQ,” and a Change.org petition to have Pao fired has garnered nearly 20,000 signatures.

Pao made a personal attempt to quell the protests, stating that the reforms were not intended to commercialize the website, but to retool the website’s structure to facilitate better custodianship of the individual subreddits.

“This year, we have started building better tools for moderators and for admins to help keep subreddits and Reddit awesome, but our infrastructure is monolithic, and it is going to take some time,” Pao wrote on Friday morning. “As a result, we are breaking some of the ways moderators moderate. We are going to figure this out and fix it.”

The appeal appears to have fallen on deaf ears, as the list of subreddits going dark continues to grow, and posts dealing with the reddit protest stack ever higher on the reddit front-page.

Update – July 3rd: r/IAmA is open to the public again, and the moderators have posted a statement explaining their position going forward.

“We have taken the day to try to understand how Reddit will seek to replace Victoria, and have unfortunately come to the conclusion that they do not have a plan that we can put our trust in. The admins have refused to provide essential information about arranging and scheduling AMAs with their new ‘team.’ This does not bode well for future communication between us, and we cannot be sure that everything is being arranged honestly and in accordance with our rules,” the moderators wrote. “As a result, we will no longer be working with the admins to put together AMAs. Anyone seeking to schedule an AMA can simply message the moderators.”