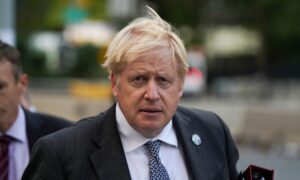 Reddit murder confession? A Reddit user on Saturday posted the so-called “Confession Bear” meme, possibly admitting to murdering the methamphetamine-addicted boyfriend of his sister. The user then subsequently deleted their account.

The Redditor, Naratto, posted the meme saying that “my sister had an abusive meth addict boyfriend” before continuing in saying, “I killed him with his own drugs while he was unconscious and they ruled it as an overdose”—a particularly long, candid, and morbid “Confession Bear” description. Generally, the memes are whimsical and humorous.

For the most part, users who post the “Confession Bear” meme “throw away” their account—meaning, they delete it— after making the post. However, Naratto used apparently used his or her real account.

“I posted this wondering what would happen, there is SOME truth behind it, but I”m not saying what was true and what wasn’t. If I had a dollar for every time someone took me seriously on the internet, I would be able to retire from today alone. I’m sorry to anyone that I’ve offended to the point of ruining their lives,” Naratto said in the only accompanying post, according to the Jackson Clarion-Ledger.

“If you want to catch a murder, get out of your house, put on some tight and go fight crime. I’m quite done with reddit tonight (sic),” the user said, and added he or she will go “back to the shadows of lurking, the world isn’t quite ready for me.”

According to UPI, users were not sure whether to take the post as a joke or something more sinister. Reddiors managed to find his rank in the military, his middle name, and where he lived.

“I hope you’re using a throwaway account, computer, and IP address from somewhere far far away,” said one Reddit user.

Another said, “That’s it, he’s won. Pack up and go home kids, Confession Bear is over.”