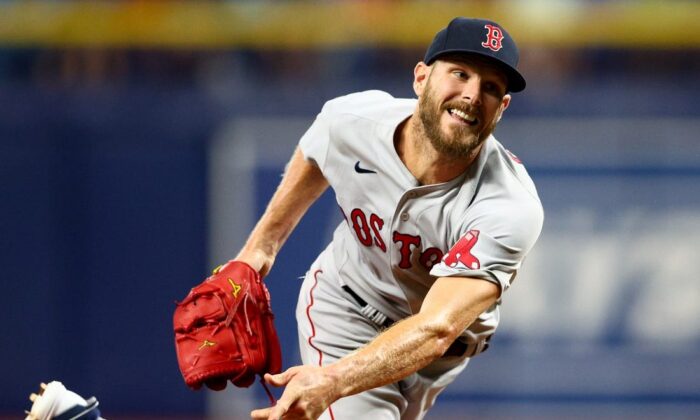 Boston Red Sox left-hander Chris Sale was hit on his throwing hand by a line drive in the first inning and exited Sunday’s start against the host New York Yankees with what was later termed a broken pinky finger.

Per the Red Sox, Sale’s official injury is a “left fifth finger fracture” but the team did not specify details for how long he would be sidelined.

With two outs, Aaron Hicks hit a line drive off Sale’s hand. The ball caromed into right field, allowing Gleyber Torres to score and give New York a 3–0 lead.

Sale immediately walked off the field and was replaced by Hirokazu Sawamura.

Sale was making his second start since returning from a fractured rib Tuesday against the Tampa Bay Rays. He threw 78 pitches in five scoreless innings versus the Rays and threw 24 pitches before exiting on Sunday. His official line charged him with three runs (two earned) and two hits in 2/3 of an inning.

During the major league lockout Sale broke a rib while working out on his own.

Last season, he went 5–1 with a 3.16 ERA in nine starts in his return from Tommy John surgery.