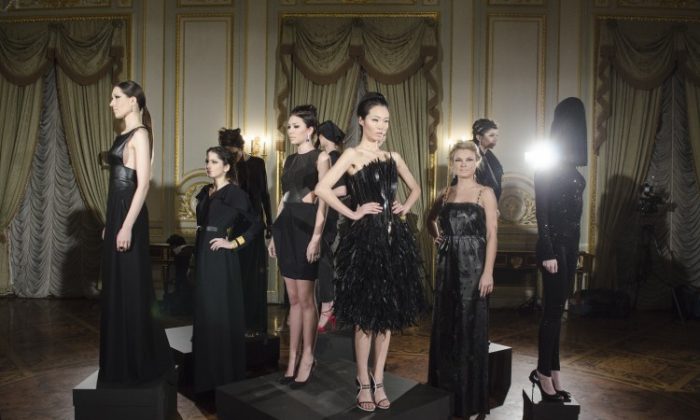 Models pose during the Russian Fashion Industry Presentation and Reception at the Consulate General of the Russian Federation on Feb. 6, 2013, in New York City. (By Kris Connor/Getty Images)
Fashion

NEW YORK—Having immigrated to the States at the height of the Cold War, the last thing I thought I would be attending is a showcase of up-and-coming Russian designers at the Consulate General of the Russian Federation.

Yet there I was, awed by the resplendent setting of the consulate, attending the Russian Fashion Industry Presentation and Reception on Feb. 6. How far the former Soviet Union has come, from its communist-gray history to this fanfare of rich fabrics, furs, leather, and jewels.

The models, in exquisite fashions, juxtaposed with the chandeliers and artwork of what was the former Fifth Avenue mansion of John Henry Hammond, was simply breathtaking.

Finally, wrote Rabimov in the event invitation—”By supporting the Russian fashion industry at home and abroad, we are working to not only showcase the brightest Russian designers, but also to develop a keen interest in Russian fashion products among U.S. and global consumers of style.”

On this evening, Russian designers moved one step closer to achieving that goal.

Elena Marks is a freelance writer specializing in fashion, music, and adventure travel, and lives in Port Washington, N.Y.