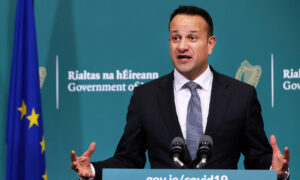 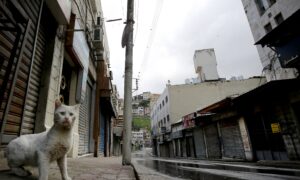 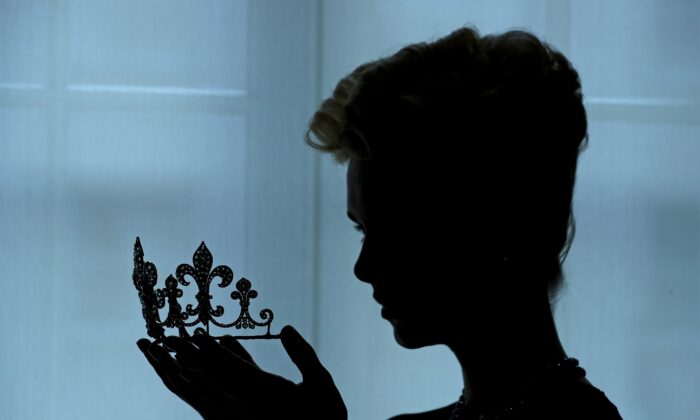 A model poses with a diamond tiara from the Boubon-Parma royal family in a file photograph. (Daniel Leal-Olivia/AFP via Getty Images)
High-profile cases

Teresa, 86, was born in France and part of Spain’s royal family.

She lived in Madrid for most of her life but died in Paris.

The princess told Liberation in 2014 that she supported Carlism—which includes elements of socialism—being a spokeswoman for the movement for a time.

She was also known as the “red princess” because of her support for socialist ideas.

“For us, the socialist idea was not the class struggle but the permanent search for consensus,” she said, also claiming that Venezuelan dictator Hugo Chavez “made mistakes” but did “a lot of positive things.”

The death was announced, according to the Express, by the princess’ brother, Prince Sixtus Henry of Bourbon-Parma. The dynasty dates back hundreds of years.

Teresa was not married and had no children. She is survived by Henry and three other siblings.

Other royalty have tested positive for the new illness, including Prince Albert of Monaco, 62, and Prince Charles, 71.

Charles, the eldest son of Queen Elizabeth, is showing only mild symptoms and has been working from home, Clarence House said in a statement.

The prince met with Prince Albert on March 10. The latter said in a radio interview that he did not shake hands with the other prince.

“I was at a roundtable for his foundation, but I didn’t shake his hand. I was at the other end of the table, way far away,” the prince told RTL radio. “We nodded hello to one another, so I don’t think I can really be accused of contaminating him.”

Spain, meanwhile, reported on Saturday over 800 new deaths from the CCP virus overnight.

The country is one of the hardest-hit in the world. Its official mortality rate of 7.8 percent is only eclipsed by Italy, though authorities in China, Iran, and some other nations are widely known to be underreporting official figures.