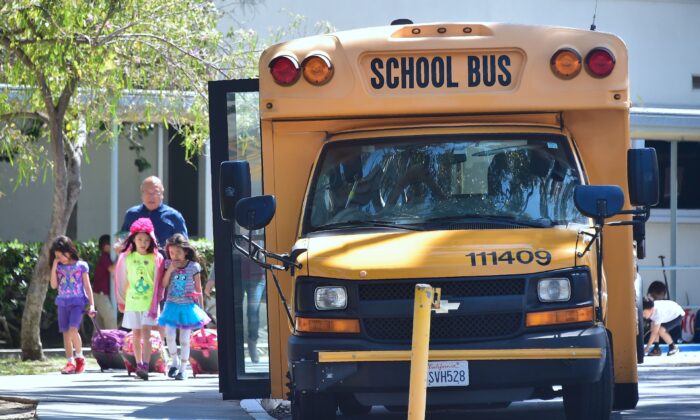 Red-Hot Inflation Drives up Cost of Raising a Child by Over $1,500 per Year: Report

But the true cost could be much higher
By Tom Ozimek

Soaring inflation has driven up the cost of raising a child from birth to 17 years old by around $1,530 per year to a total of over $300,000, according to a Brookings Institution estimate provided to The Wall Street Journal.

The analysis shows that, when inflation was running at around the Fed’s 2 percent target, a married middle-income couple with two kids would spend a total of around $284,594 for the first 17 years of a child born in 2015, or around $16,741 per year.

But with inflation soaring to multi-decade highs, those figures have seen a sharp upward adjustment. According to the report, the same family now has to spend $18,271 per year, for a total of $310,605, or over $25,000 more in total compared to when inflation was running at target.

Inflation in the United States as measured by the Consumer Price Index (CPI) showed prices vaulted in July by an annual 8.5 percent.

Some economists—and many Americans facing sticker shock when buying everyday essentials—believe the true rate of inflation is much higher. An alternative CPI inflation gauge developed by economist John Williams, calculated according to the same methodology used by the U.S. government in the 1980s, puts July’s inflation figure at an annual 16.8 percent, nearly double the official figure.

Running the numbers using Williams’ estimate for the pace of inflation would put the multi-year total cost of raising a child through age 17 to $336,770, or $19,810 per year. That’s higher by a total of $52,176 compared to the Brookings Institute baseline estimate if inflation was running at 2 percent. It would also mean that child-raising costs have jumped by $3,069 per year.

Republicans have blamed the jump in child-rearing costs on the policies of their political rivals.

“Democrats’ reckless policies are making it harder for people to raise a family,” the Republican State Leadership Committee said in a statement.

True Pace of Inflation ‘Much Higher?’

Charlie Bilello, founder and CEO of Compound Capital Advisors, also believes that the true rate of inflation is much higher than the official government figure of 8.5 percent, arguing that the cost of shelter isn’t being adequately reflected in the government’s headline numbers.

“Shelter is the single biggest component of CPI (33% of the Index) and is still being wildly understated (@ +5.7% YoY) with rents up 12.4% over the last year and home prices up 19.7%. Which means that the true inflation rate is much higher than 8.5%,” Bilello said in a statement.

Former President Donald Trump has also argued that the pace of price growth in America is “much, much higher” than official data indicate.

“It’s costing families nearly $6,000 a year, bigger than any tax increase ever proposed,” Trump said at a July 22 rally in Arizona.

The inflation-driven cost-of-living crunch has hit Americans in various ways.

A recent study from the American Automobile Association (AAA) showed that the average cost of car ownership has jumped to over $10,000 per year in 2022, an 11 percent jump from the prior year.

High inflation is also pushing retirees to re-enter the workforce, while driving Americans across various demographic groups to adjust their buying habits and increasingly dip into their savings to support their spending.

Soaring prices have put the Federal Reserve on a path of aggressive monetary tightening, prompting a number of economists to warn that the country could tip into a recession.