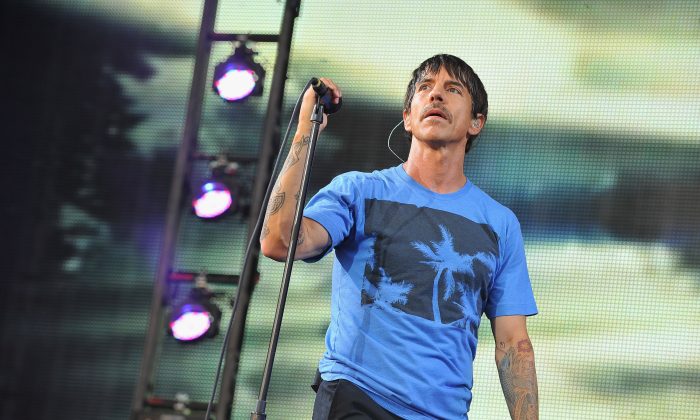 Bassist Flea told the crowd Saturday, May 14, in Orange County that the Chili Peppers would be unable to perform. Flea said Kiedis was on his way to a hospital for medical reasons, but did not elaborate.

The 53-year-old Kiedis and the Peppers were scheduled to perform at KROQ’s Weenie Roast concert. Also on the bill at Irvine Meadows Amphitheatre were Weezer and Empire of the Sun.

Peppers drummer Chad Smith tweeted: “No one’s more disappointed than us that we couldn’t perform tonight. Sending love and a speedy recovery to my brother Anthony.”

A call to a spokesman for Kiedis was not immediately returned Sunday.