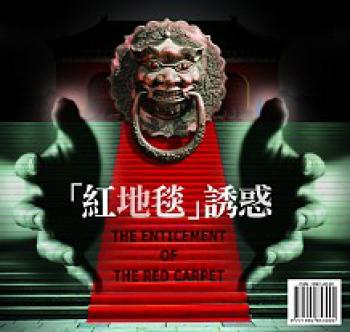 When foreigners visit China, they may find the red carpet rolled out for them, an actual red carpet. (New Epoch Magazine)
China

The Seduction of China’s Red Carpet

“Doing business in China is the greatest honor in my life,” Steven Miller, director of a private storage company, told a New Epoch Magazine reporter. He was with other business professionals. “The treatment I’ve received is like a king: red carpet, excellent food, and local officials who are very responsive.”

Sam Sullivan, former mayor of Vancouver, Canada, was equally moved and impressed during his time in China. “When I go to China, they treat me like an emperor. And we don’t have that tradition of that red-carpet thing, so it’s a little embarrassing for me in a way,” he said in an interview with The Vancouver Sun.

According to the report, Sullivan recalled that on a trip to China as city councilor, he discovered that almost every major Chinese official at every city hall had his own dining room and his own chef to welcome guests.

Joe Trasolini, mayor of Port Moody, Canada, visited Beijing some years ago and was given similarly warm treatment. He met with the mayor of Beijing, and the city footed the bill for his travel expenses. The next time he visited China, although he paid for his own travel, he was entertained by municipal-level officials. After a few hours of sightseeing in the morning he would enjoy extravagant banquets in the evening.

Except the super rich, most live a lifetime without receiving such treatment. In today’s China, however, it has become the norm for communist officials to personally receive in lavish style Western VIPs, businessmen, and delegates, who cannot help but feel honored.

After being treated like an emperor, Western politicians have found their attitudes changed toward subjects such as Chinese dissidents and the persecution of Falun Gong (also known as Falun Dafa). Some have gone from denouncing the human rights violations of the Chinese Communist Party (CCP) to singing the praises of a developing China.

Mayors of Ottawa have for years issued a Falun Dafa Day Proclamation, meant to express recognition of Falun Dafa practitioners’ contribution and presence in Canadian society. Current Mayor Larry O’Brien, however, decided against that this year soon after returning from a recent business trip to China. He explained that he had “made a commitment”—to whom he would not say—and would not issue the proclamation.

Despite Mr. O’Brien’s refusal to award Falun Dafa, a spiritual practice including meditation and self-reflection on the principles of truthfulness, compassion, and forbearance, the City Council unanimously passed the proclamation on June 9.

The red carpet is one of the more benign methods used by the regime to gain influence over businessmen, diplomatic staff, and politicians.

The Chinese communist regime’s intelligence agencies perform extremely thorough and “scientific” research on the human foibles of their targets, which are then ruthlessly exploited, according to a Beijing insider. The intelligence agencies work on the theory that there are four weak points in human nature: fame, profit, lust, and anger. The CCP intelligence agencies attempt to pinpoint these weaknesses in an individual and tailor their approach accordingly.