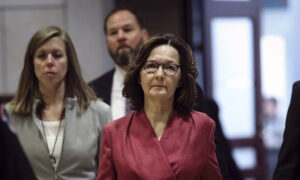 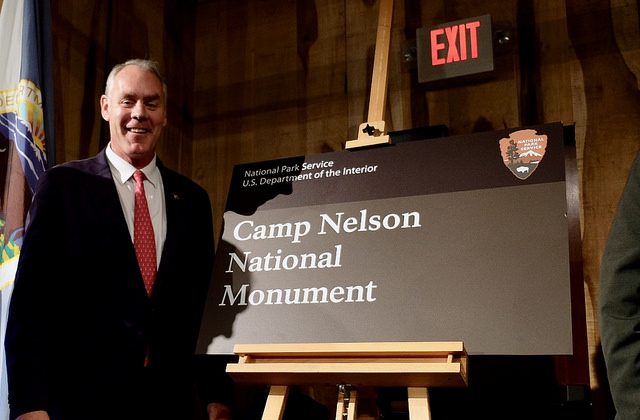 For the first time in its 226-year history, Kentucky will have a national monument.

President Donald Trump used his power under the Antiquities Act to give Camp Nelson federal designation on Oct. 26. It was the first time the president has used his executive powers to create a national monument since taking office.

Camp Nelson, located in Jessamine County, Kentucky, was originally established as a hospital and Union supply depot during the Civil War. It later became the largest of eight recruitment centers for African American soldiers and served as a refugee camp for their wives and children.

Today, the camp is one of the best-preserved sites associated with Civil War-era U.S. Colored Troops recruitment. The exhibits and stories highlight the transformation of African-Americans from enslavement to citizenship.

“Camp Nelson, and all the patriots who have ties to it, holds an incredible place in America’s history, and President Trump’s action to designate Camp Nelson as a National Monument will ensure the ongoing protection of the site and the story,” U.S. Secretary of the Interior Ryan Zinke said in a press release. “The Camp tells the story about Americans who risked absolutely everything they have and everyone they love to fight for their freedom, the cause of liberty, and to preserve the Union.”

The designation will protect three separate locations in Jessamine County totaling approximately 380 acres. They include the main encampment area and sites associated with the Home for Colored Refugees. Pastures, open fields, and earthen fortifications from the Civil War-era also will be included as well as entrenchments, building foundations, historic road remnants, and springs.

The process for Camp Nelson to become a national monument has been relatively short. In late 2017, Zinke sent a report to Trump suggesting it be made a national monument. In April, Rep. Andy Barr of Kentucky, with support from the Kentucky Congressional delegation, introduced the Camp Nelson Heritage National Monument Act. It was never passed but supported by the Trump administration.

In August, the National Parks Service opened public input on making the camp a national monument. The decision to make the designation was made with congressional and public input and involved extensive consultation with private landowners.

Camp Nelson will be the 418th site the National Parks Service oversees.