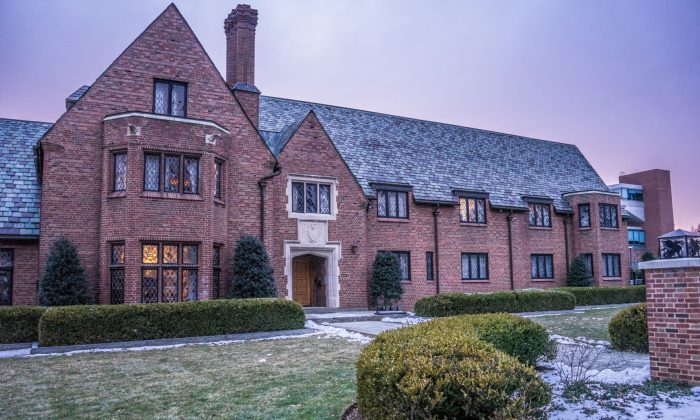 New charges have been filed in the hazing death of Penn State fraternity hopeful Tim Piazza.

Other charges include hazing and furnishing alcohol to minors.

The footage was recovered from a security camera in the frat house. One of the brothers, 20-year-old Braxton Becker, had deliberately deleted the video while police were at the scene investigating what had happened to Piazza.

“We know exactly what time it was deleted,” DA Parks-Miller told reporters at a news conference, according to Philly.com. “It was while police were in the house.”

Becker was charged with tampering with evidence, obstructing administration of law, and hindering apprehension, according to ABC News.

Tim Piazza, a high-school football star with what was starting out to be a promising future, pledged to the Beta Theta Pi fraternity and was put through grueling and humiliating initiation rituals, including being ordered to consume a dangerous amount of alcohol.

Piazza, trying to find his way out of the frat house, ended up falling down a flight of basement stairs. Fraternity members didn’t call paramedics for several hours, while Piazza bled internally from a lacerated spleen. He died of multiple traumatic brain injuries, according to The Atlantic.

A forensic pathologist calculated Piazza had a blood alcohol content between .26 and .36 percent at one point during the night—an amount which is potentially life-threatening.

At a press conference on Nov. 13, Tim’s father, James Piazza, thanked DA Parks Miller and the State College police for their continued pursuit of the investigation.

“Tim was a happy and caring human being and a wonderful son who just wanted to join an organization to find friendships and camaraderie,” James Piazza told NBC News, “Instead he was killed at the hands of those he was seeking friendship from.”

“Hazing is illegal and justice needs to be served,” Piazza added. “It’s time to man up, fellas, and be held accountable for your actions.”

“There needs to be a deterrent because we lost our son, and it can happen to anybody,” mother Evelyn Piazza told NBC News.

At a hearing in September, a judge threw out charges of involuntary manslaughter and aggravated assault against eight of the 18 Fraternity members who had been charged at that time. All charges were dropped against four of the 18 at the time, according to NBC News. At the time, only misdemeanor charges were filed against the 14 who were still under indictment.

FBI analysts were finally able to recover the footage from the hard drive on which it had been stored, Parks Miller said.

The video shows fraternity members participating in an initiation ritual known as The Gauntlet, including a beer pong station where Piazza was handed beer after beer to shotgun with other members of his pledge class.

“Every drink consumed was provided to him by a fraternity brother,” Parks Miller said. “Based on the video, Tim Piazza was furnished with at least 18 drinks in 1 hour and 22 minutes.”

Jim Piazza told ABC News, “I’m glad that the basement video was recovered and we finally know what went on down there.”

Jim and Evelyn Piazza appeared on an NBC Today Show forum to discuss hazing with Representatives Patrick Meehan and Marcia Fudge, co-sponsors of the Report and Educate About Campus Hazing (REACH) Act, a bipartisan bill which would require hazing to be reported on a university’s annual crime report.

The University of Maine conducted the National Study on Hazing in 2008. The study found that 55% of students experienced some form of hazing, yet 95% never reported hazing to school officials or authorities.