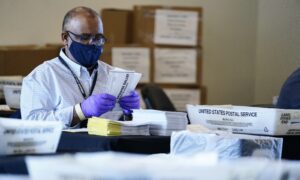 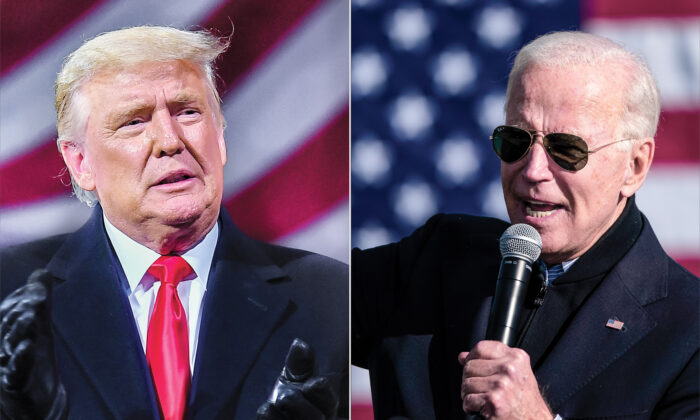 “We’re going to have a recount for president more than likely and people will see those outcomes stay essentially the same,” Gabriel Sterling, the state’s voting system implementation manager, told reporters on Thursday afternoon.

“We anticipate most recounts do not make differences. But in the past, we weren’t involving the paper in that, especially this volume of hand-marked paper,” he added.

Approximately 47,000 ballots are left to count in the southern state, which delivers the winner 16 electoral votes.

According to the latest unofficial results, Trump was ahead in the state, with 2.43 million votes to Biden’s 2.42 million.

Georgia law allows a candidate to request a recount if the margin between candidates is less than or equal to 0.5 percent.

If a recount is requested, then all votes in the state are reviewed.

State officials provided each county with high capacity scanners in case a recount is needed.

Harris, Gwinnett, and Forsyth counties all have over 3,600 ballots left to count.

Cobb, Floyd, Laurens, and Taylor counties have under 1,000 ballots outstanding.

He described two issues that cropped up this week.

Gwinnett County had a corrupt memory card in a polling place scanner. When workers discovered the card, they took ballots from it and are recounting them, utilizing backup paper ballots. Approximately 400 ballots were affected.

Taylor County printed absentee ballots in-house but ended up with 456 ballots that weren’t the right size to be scanned.

Taylor County is duplicating each of the ballots. Workers are taking the original ballot and duplicate ballot, tying them together to keep the paper trail alive, and running them through a scanner, Sterling said, describing it as an “arduous process.”

Over 17,000 military and overseas ballots are part of the remaining ballots. Any such ballots postmarked by Tuesday must be counted if received by Friday.

Another 8,899 military and overseas ballots haven’t been received by counties.

Officials hope to have clarity on key races soon but “these close elections require us to be diligent and make sure we do everything right,” Sterling said.

Sterling handled press conferences on Thursday after Georgia Secretary of State Brad Raffensperger, a Republican, conveyed three different figures for the remaining number of ballots earlier in the day.

In a written statement released just before the briefing, Raffensperger said officials in the counties are continuing to count ballots, “with strong security protocols in place to protect the integrity of our election.”

“We have long anticipated—and said publicly—that counting would most likely take place into Wednesday night and perhaps Thursday morning. We’re on pace to accomplish that responsibly, ensuring that the voice of every eligible voter is heard. It’s important to act quickly, but it’s more important to get it right.”

He added: “We’re well aware that with a close presidential election and the possibility of runoffs in some elections that the eyes of the state and the nation are upon Georgia at this time. We’re as anxious as anyone to see the final results and to start work on certification and planning for our runoff elections. As the work goes on, I want to assure Georgia voters that every legal vote was cast and accurately counted.”