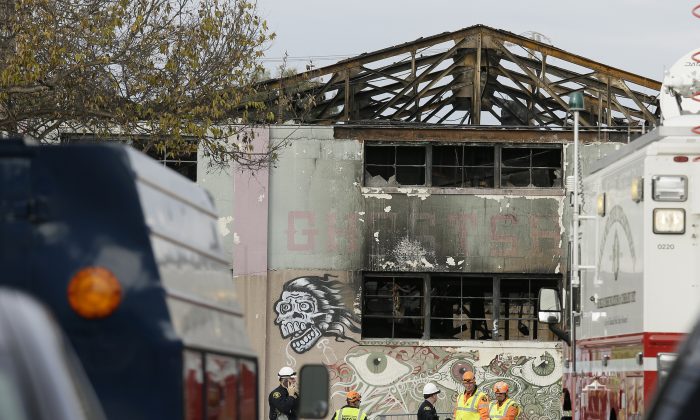 Members of the Alameda County Sheriff's Office stand outside the warehouse called the Ghost Ship, the site of a fire that killed 36 people, in Oakland, Calif. on Dec. 7, 2016. (AP Photo/Eric Risberg,File)
US

SAN FRANCISCO—Police in Oakland visited a cluttered warehouse converted into an illegal residence dozens of times in the several years before it burned down, killing 36 people.

Officials on Wednesday released hundreds of pages of city documents requested by The Associated Press and other media outlets.

They detail complaints from neighbors, residents and visitors of the so-called Ghost Ship warehouse about safety problems, loud parties and other issues with the dilapidated building converted illegally into a living area.

Firefighters and other city officials also were called to the property and adjacent buildings. No citations were ever issued.

A fire ripped through the warehouse Dec. 2 and killed 36 partygoers. Oakland fire officials have yet to announce the cause of the blaze.

The Alameda County district attorney has launched a criminal investigation.