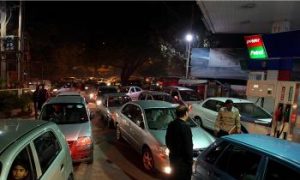 After Panic, Oil Strike Called Off in India
0 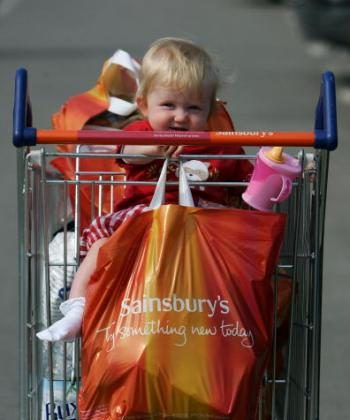 A one year old girl sits in a supermarket trolley. Heavily discounted food prices, used to entice the recession- hit public are thought to have seen off a further rise in inflation and a possible future rise in interest rates. (Christopher Furlong/Getty Images)
US

According to the Office of National Statistics (ONS), the UK Consumer Prices Index (CPI) annual rate of inflation has fallen to 4 per cent, down from 4.4 per cent in February.

The unexpected fall reduces the possibility of the Bank of England hiking up interest rates to slow inflation.
The news was broadly welcomed by most economists and retailers.

Rising inflation is yet another factor threatening the country’s fragile course to economic recovery as it runs the gauntlet of increased living costs, low consumer morale, a contracted economy, and higher taxes.

"It should help to stave off a rate rise in May," Philip Shaw, an economist at Investec, told Reuters. "But while this is welcome, this is just one battle in what will be a long tussle. It's still possible inflation will rise to 5 per cent over the course of the year."

"The Bank has kept its nerve and they deserve credit for that," Business Secretary Vince Cable told Sky News. "They've kept interest rates low and that's what the economy needs."

The ONS attributed the lower-than-expected interest rate to lower food prices – with a record 40 per cent of items on the shelves in the major supermarkets discounted.

British Retail Consortium (BRC) Director General Stephen Robertson said in a statement: "These figures confirm shop prices are not the cause of inflation. They're actually making the biggest contribution to bringing it down. Our own figures show shop price inflation has slowed to 2.4 per cent, well below CPI at 4.0 per cent and RPI at 5.3 per cent.

"Consumer demand is weak. In March sales were down more than at any time in the 16 years we've been measuring them. As fierce competition for the spending that is available intensifies, supermarket promotions and discounts slowed food inflation to its lowest since August 2009.

"Inflationary pressure is coming from price shocks including, VAT, commodity prices and the weak pound not from rising wages or consumer demand.”

Continued on next page  The inflation figures published