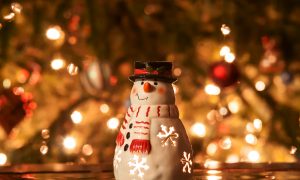 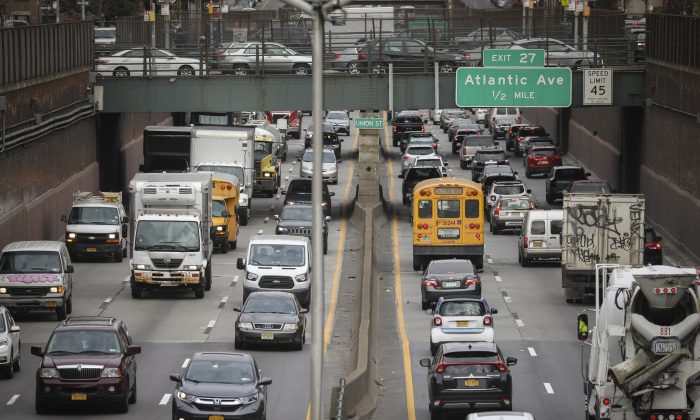 A record-breaking 112.5 million Americans are traveling this holiday season as gas prices fall to their lowest in 16 months, according to data and forecasting by AAA Travel.

More than 34 percent of the country’s population was expected to travel during the holidays, the largest share since AAA started to make the forecasts in 2001.

“’Tis the season for holiday travel, and more Americans than ever will journey to spend time with friends and family or choose to take a vacation,” said Bryan Shilling, managing director of AAA Travel products and services, in a release. “Strong economic growth, fueled by robust consumer spending, continues to drive strong demand for seasonal travel. With a record-breaking one-third of the country choosing to travel this holiday, roadways and airports are sure to be busy.”

“While gas has been relatively expensive throughout this year, a recent drop to the cheapest national gas price averages of the year, combined with rising disposable income, is motivating more Americans to hit the road this holiday season,” the release said.

Gas prices follow the oil market, which has been plummeting for more than two months. The U.S. crude oil price index, WTI Crude, hit $46.75 on Dec. 26, a rebound from the day before, but still down nearly 40 percent since the Oct. 3 peak of $76.41.

The latest sharp drop in oil prices came in mid-December after a decline in the stock market.

“What’s happening in the stock market is raising fears that the economy is grinding to a halt and thereby will basically kill any future oil demand,” said Phil Flynn, an analyst at Price Futures Group in Chicago. “They’re pricing in a slowdown in the economy, if not a recession, with this drop.”

The fourth-quarter price decline is likely to cause producers to throttle back on their output, he said.

The Organization of the Petroleum Exporting Countries (OPEC) and allies led by Russia agreed this month to cut oil production by 1.2 million barrels per day from January. Should that fail to balance the market, OPEC and its allies will hold an extraordinary meeting, United Arab Emirates Energy Minister Suhail al-Mazrouei said Dec. 23.

“Oil ministers are already taking to the airwaves with a ‘price stability at all cost’ mantra,” said Stephen Innes, head of trading for Asia-Pacific at futures brokerage Oanda in Singapore.

With the cuts coming in, Olivier Jakob, an analyst at Petromatrix, suggested the oil market overreacted.

“I think there is a little bit of over-extension to the downside linked to global market fears,” he said. “It’s all about equities.”

The one big question for future oil demand is the U.S.-China trade negotiation. But both sides have been sending optimistic signals, achieving “new progress” at a Dec. 21 round of talks, according to China’s Ministry of Commerce.

U.S. President Donald Trump blamed the recent stock slump on the Federal Reserve, the quasi-private entity that runs U.S. monetary policy. Trump argued that the Fed is raising interest rates too fast, which is causing the market worries. As a result, investors have been flocking to safe-haven assets such as gold and government debt, at the expense of crude oil and stocks.

“The only problem our economy has is the Fed,” Trump said in a Dec. 24 tweet. “They don’t have a feel for the Market, they don’t understand necessary Trade Wars or Strong Dollars or even Democrat Shutdowns over Borders. The Fed is like a powerful golfer who can’t score because he has no touch – he can’t putt!”

Update: The article has been updated with more recent oil price data.