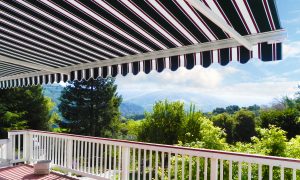 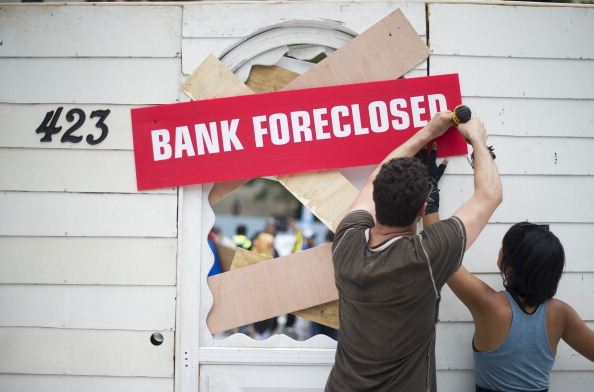 Protesters work on a prop in Freedom Plaza as they prepare for a rally against big banks and home foreclosures in Washington, DC, May 20, 2013. (JIM WATSON/AFP/Getty Images)
US

Home foreclosures in Maryland have sky rocketed. RealtyTrac® released its report U.S. Foreclosure Market Report on Aug 15 in which it stated that foreclosure starts in Maryland are up 275 percent from last year.

“A total of 3,962 Maryland properties had foreclosure filings during the month July, an increase of 148 percent from a year ago and one in every 598 housing units,” states the report. Scheduled auctions were up 96 percent and bank repossessions were up 101 percent, adds the report.

The surge in foreclosure has been consistent for over a year. “Including July, overall foreclosure activity in Maryland has increased annually for 13 consecutive months,” says RealtyTrac report.

Maryland leads other states in the surge of new foreclosures. At 137 percent year-over-year, Oregon is a distant second compared to Maryland’s 275 percent. New Jersey was 89 percent. The data comes from CNNMoney.

The high foreclosure rate in Maryland is attributed to judicial backlog, and not to overall market conditions.

Maryland is what is considered a judicial state, which means that foreclosures in the state must be approved by the courts. However, during the peak of the foreclosure market in 2010, some states like Maryland, did not aggressively work through the high volume of foreclosures. According to reports, states put in place tough foreclosure guidelines that caused massive delays, and a backlog in foreclosure processing.

Maryland is not the only state with high mortgage foreclosures resulting from judicial backlog.

“While foreclosures are continuing to boil over in a select group of markets where state legislation and court rulings kept a lid on foreclosure activity during the worst of the housing crisis, the foreclosure boil-over markets are becoming fewer and farther between as lenders have caught up with the backlog of delayed foreclosures in some of the states with the more lengthy judicial foreclosure process,” said Daren Blomquist, RealtyTrac spokesperson.

In the neighboring District of Columbia, foreclosures are up 5 percent over last year. Virginia’s annual foreclosure rate of 6 percent is above the national average of 1 percent, yet less than Maryland’s 17 percent average foreclosure rate.

Virginia is not a judicial foreclosure state like Maryland. Foreclosures in Virginia are primarily what’s referred to as non-judiciary. Accordingly, a lawyer can foreclose on a property to satisfy the defaulted loan according to foreclosure.com. However, a public notice of foreclosure advertised in a newspaper is generally required.

Blomquist said in CNNMoney that the surge in foreclosures in some states like Maryland, Oregon, New Jersey, and Rhode Island is not due to the housing markets there as much as by the way the mortgage crisis was handled within the individual states.

The buying process for a foreclosed home is different from home listed on the market.

A foreclosed property auction is second stage of the foreclosure process, according to RealtyTrac. First, the trustee or lender usually files a notice of sale announcing the date and location for the public foreclosure auction. If the property is sold at auction, ownership of the property is generally transferred to the lender, in most cases a bank.

Real Estate Agents in some areas of Maryland haven’t yet to see an increase buying activities in foreclosure the short sale market yet.

“RealtyTrac may be faster than what we can see in the field,” said Bob Gauger, a real estate agent with Exit Landmark Realty.

With real estate agents reporting a shortage of inventory in Maryland and Virginia, it is possible that buyers may look more closely at the foreclosure market to find their dream home despite the challenges with purchasing a foreclosed property.