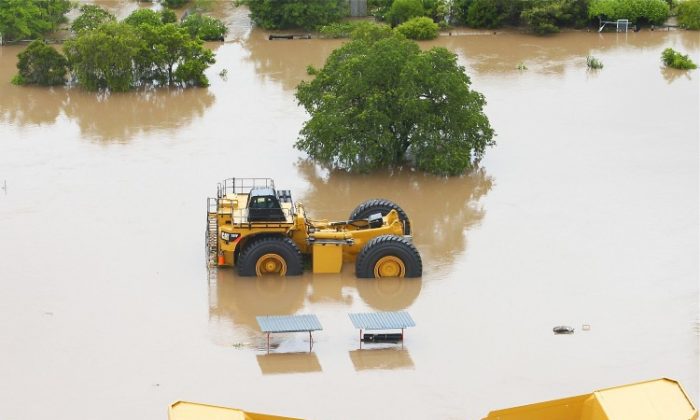 Mining equipment is submerged by flood waters on Jan. 6, 2011 in Rockhampton, Australia. (Jonathan Wood/Getty Images)
US

The value of Australia’s resources and energy exports in 2011 increased by 15 per cent from the previous year, to a record $190 billion.

Upon releasing the report, BREE Executive Director and Chief Economist Professor Quentin Grafton made comments via a media release.

Resources that recorded sizeable declines in export earnings included iron and steel down 22 per cent to $1.1 billion, liquefied petroleum gas (LPG) down 10 per cent to $969 million, and refined silver down 39 per cent to $144 million.

BREE said Australian production of energy and mineral resources was mixed in 2011, with increases in iron ore, copper and nickel offset by lower output of coal and oil.

“Increased iron ore production was underpinned by the start up of new capacity in the Pilbara region of Western Australia, while coal production was affected by flooding in Queensland in early 2011,” said Professor Grafton in the release.