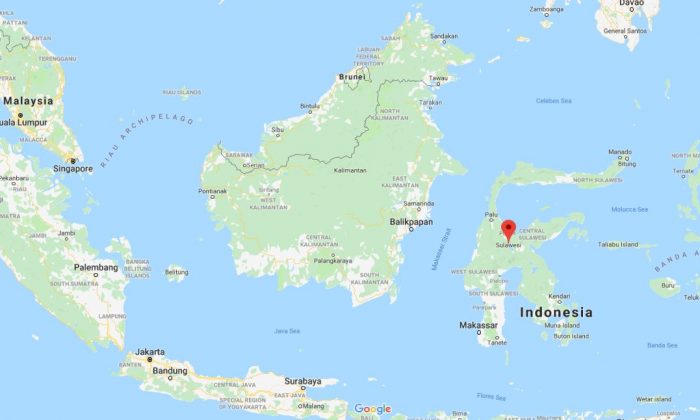 The world’s earliest known cave painting wasn’t found in Europe, but in Indonesia.

A study said the painting of an animal, discovered on the island of Borneo, dates back at least 40,000 years, which is even older than the famed cave paintings of France and Spain.

“The oldest cave art image we dated is a large painting of an unidentified animal, probably a species of wild cattle still found in the jungles of Borneo,” stated study lead author Maxime Aubert, an archaeologist and geochemist at Griffith University in Australia. “It is now the earliest known figurative artwork,” according to USA Today.

This finding adds to the mounting view that cave art – one of the most important innovations in human cultural history – did not arise in Europe as long believed.

The paintings are about 4,000 years older than the next oldest, which were found in Sulawesi.

Regarding the content of the painting, “We think it wasn’t just food for them – it meant something special,” Aubert said.

“Whether this is a coincidence, the result of cultural convergence in widely separated regions, large-scale migrations of a distinct Eurasian population, or another cause remains unknown,” the study said.

Meanwhile, “who the ice age artists of Borneo were and what happened to them is a mystery,” said study co-author Pindi Setiawan.

The paintings found in Sulawesi in the 1950s were initially dismissed as being about 10,000 years old, as scientists believed they couldn’t survive in tropical climates.

“The paintings were made with the natural mineral pigment ochre – probably ironstone haematite – which the hunter-gatherers ground to a powder and mixed with water or other liquids to create paint. Long ago, the walls and ceilings of the caves might have been covered with images that provide a window into the minds of the Ice Age occupants,” according to an article in The Guardian in 2014, which include a hand-print.

Looking at the paintings in 2014, the details on the animal drawings are “really, really well-made,” Aubert said in a phone interview from Jakarta, Indonesia. “Then when you look at it in context that it’s really 40,000 years old, it’s amazing,” according to The Associated Press.

Before this discovery, experts had a Europe-centric view of how, when and where humans started art, Aubert said. Knowing when art started is important because “it kind of defines us” as humans, he said.