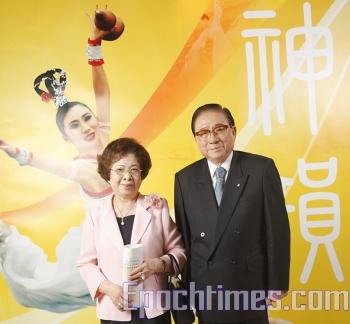 Matthew Robertson
Matthew Robertson is the former China news editor for The Epoch Times. He was previously a reporter for the newspaper in Washington, D.C. In 2013 he was awarded the Society of Professional Journalists’ Sigma Delta Chi award for coverage of the Chinese regime's forced organ harvesting of prisoners of conscience.
View profile
Follow
biggersmaller
Print
An exiled Chinese human rights lawyer says it’s a landmark and historic case, while staffers in the Chinese foreign ministry say they’ve never heard of it.

The indictment of five high-ranking Chinese Communist Party (CCP) officials by a Spanish court for crimes of torture and genocide against Falun Gong practitioners was reported by The Epoch Times on Nov. 14—but when asked, one young lady at the Foreign Ministry was surprised, and said: “I didn’t think they’d really sue them overseas.”

Over 70 civil and criminal complaints have been filed against Chinese officials in 30-plus national courts on six continents for their role in the persecution of Falun Gong, and the case in Spain is the latest and biggest development. But CCP officials aren’t saying anything.

At the General Office of the Ministry of Justice, an officer said that they couldn’t respond to questions about such a big issue, and that queries should be forwarded to the Ministry of Foreign Affairs.

An officer who answered the phone at Ministry of Foreign Affairs said they’d heard of the news but then said “it’s not convenient to answer your questions” before ending the conversation.

Staff at the State Council Information Office (also known as the Central Propaganda Department) had different reactions to the news; one asked that a fax with questions be sent, another said all questions were off-limits to overseas media.

Guo Guoting, the Chinese lawyer who now lives in exile in Canada, explained the significance of the case: “If the proceeding is further extended, the court can give them criminal sentences. Usually this is sentenced by an international court. A Spanish court accepting this case is setting a precedent,” he said. “If other countries also follow suit, the real criminals will have nowhere to escape.”

Guo predicts that the defendants will play dumb to the case, not hiring lawyers to respond to the charges. The Spanish court may then issue international arrest warrants.

He gives three reasons for the regime’s apparent ignorance, genuine or engineered: “Firstly, this is dictated by the scoundrel nature of the CCP. Secondly, the leadership of the CCP knows nothing about the international law—they are all typical law-illiterates. Thirdly, many law school professors under the CCP’s rule are obsolete,” he said.

“They studied Soviet law and still advocate that international sovereign rights surpass everything else. This is an obsolete concept in legal science.”

Additional reporting by Xin Fei, Luo Ya, and Jiang Bin.