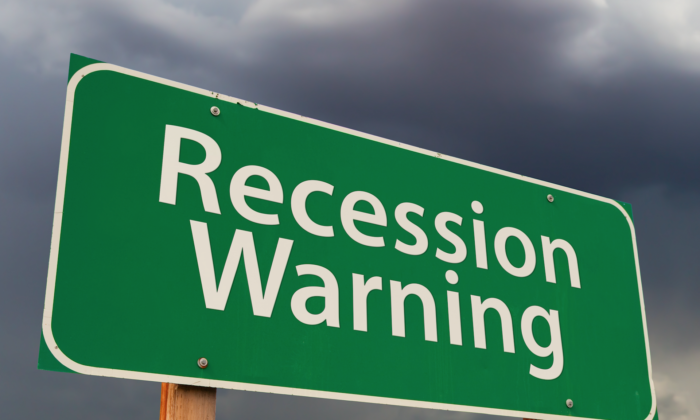 Recession Signals Abound as the Fed Gets Aggressive

At the recent Jackson Hole Economic Symposium, Federal Reserve Chair Jerome Powell made it clear that the central bank remains focused on combating inflation despite recession signals rising in tandem. To wit:

“Restoring price stability will take some time and requires using our tools forcefully to bring demand and supply into better balance. Reducing inflation is likely to require a sustained period of below-trend growth. Moreover, there will very likely be some softening of labor market conditions. While higher interest rates, slower growth, and softer labor market conditions will bring down inflation, they will also bring some pain to households and businesses. These are the unfortunate costs of reducing inflation. But a failure to restore price stability would mean far greater pain.”

While the Federal Reserve is focused on fighting inflation and willing to cause “some pain” to achieve victory, it hopes to do so without bringing on a recession. Such may be a challenge, for two primary reasons:

The second challenge is the most important.

There is little doubt we are amid an economic slowdown. With the Federal Reserve focused on combating inflation by tightening monetary policy, thereby slowing economic demand, logic suggests that economic data trends will continue to decline.

Given the Fed manages monetary policy in the “rear-view” mirror, more real-time economic data suggest the economy is rapidly moving from economic slowdown toward recession. The signals are becoming more apparent, as shown by the six-month rate of change in the Composite Index of Leading Indicators.

As the Fed hikes at subsequent meetings, those hikes will continue to compound their effect. We will review three other indicators that suggest the Fed will make a policy mistake.

Small business sales are the lifeblood of the economy. We have written previously about the importance of small businesses relating to employment, incomes, economic growth, and even the stock market.

Since the National Federation of Independent Business’s (NFIB) last update in June, the NFIB small-business sales and sentiment measures have only deteriorated further. Despite a surging stock market in July and August, along with suggestions the economy will avoid recession, the data continue to suggest differently, if historical precedents hold.

For example, overall confidence expressed by the members of the NFIB owners is at levels historically associated with deep recessions and bear markets.

But it is not just small-business confidence that has soured but also that of CEOs of the world’s largest multinational corporations across all industry sectors.

The Conference Board Measure of CEO Confidence, in collaboration with The Business Council, declined for the fifth consecutive quarter in third quarter 2022. The measure now stands at 34, down from 42 in the second quarter. The measure has fallen deeper into negative territory, to lows not seen since the start of the COVID-19 pandemic in 2020, but consistent with prior contractionary periods. (A reading below 50 reflects more negative than positive responses.)

According to the the Conference Board, “CEOs are now preparing for the near-inevitability of a U.S. recession by year-end or in 2023.”

Given that corporate revenues and earnings are derived from the consumption by individuals, it should be no surprise that there is a high correlation between the CEO and Consumer Confidence Composite indexes. As the economy weakens, CEOs will try to retain a level of employment as long as possible, until they eventually must reduce their workforce. This is why there is a lag between the consumer confidence composite and the CEO survey. However, that lag is a pre-recessionary indicator and currently suggests the risk of an impending recession.

As noted above, both indicators are warning of a recession—and both have near-perfect track records.

However, yield-curve inversions are another indicator with a near perfect track record of predicting recession. Currently, 50 percent of the 10 spreads we track are inverted. As such, it is worth paying attention to the data. If the number of inversions increases, such will confirm that a recession is more likely. However, and crucially, the inversion is only the warning of a recession. When the yield curves “un-invert,” such will be the recognition of the recession. This will occur as money shifts from short-term risk assets to the safety of long-duration Treasury bonds.

Crucially, as the Fed hikes rates, more curves will invert.

Most important, with economic growth slowing rapidly, inflation running at the highest levels since 1980, and consumers tapped out, recession risk is likely higher than many realize.

However, it is worth noting that using the yield curve as a market-timing tool is unwise—but dismissing the message entirely is just as foolish.

From our perspective, the risk of recession remains elevated, particularly as the Fed aggressively hikes rates and restricts monetary accommodation.

While there is a possibility that the economy could avoid a recession, those odds are slim at best. Therefore, as investors, we should at least prepare for a storm and then cross our fingers and hope for the best. The guidelines are simplistic, but ultimately effective”

If a recession occurs, the preparation will allow you to survive the impact. Protecting capital from the inherent destruction will mean less time spent getting back to even after the storm passes.

Alternatively, it is relatively straightforward to reallocate funds to equity risk if we avoid a recession or if the Fed does revert to monetary accommodation.

Investing during a recession can be dangerous, mainly when elevated valuations are present across all asset classes. However, you can take some steps to ensure that increased volatility is survivable:

While the media tries to pick the next market bottom, it is better to let the market show you. You will be late, but you will have confirmation when the selling is over.

But, if I am correct, we have more work to do first.