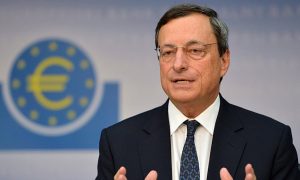 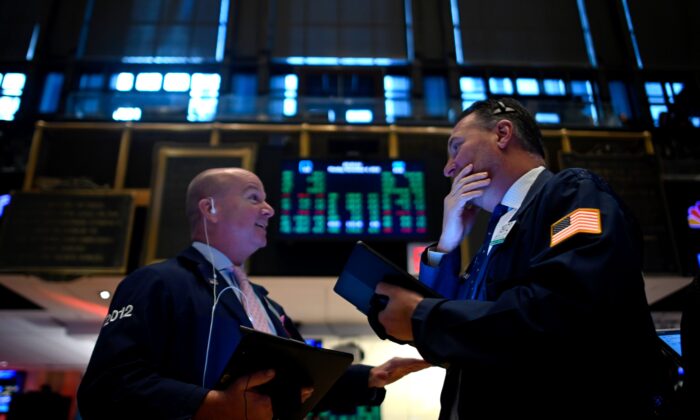 Economists predict the future course of economic events only to demonstrate they have a sense of humor. If we knew about such things with any degree of certainty, we would not be the billionaires Bernie wants to eradicate; we would be trillionaires.

We are not. By the way, did you notice that while Senator Sanders used to inveigh against “millionaires and billionaires,” he has recently dropped his criticism of the former maybe because he recently joined their ranks.

So, while I cannot definitively answer the question about a future recession, I can at least make some hopefully educated guesses. My assessment: it is extremely unlikely we are now entering a recession, although there are some dark clouds on the horizon.

What is the case against the fear-mongering claim the economy will soon go into the doldrums?

First and foremost, unemployment is at its lowest level in years. Overall it is now perched at 3.7 percent. This is roughly half or the rate we suffered from during the Obama Administration. Nor is this low rate of joblessness confined to top income earners. Instead, it ranges widely over the labor force, and includes black people, particularly young African-Americans, who typically suffer the most from being out of work.

Second, taxes are low. Say what you will in criticism of Mr. Trump, he has done yeoman work in terms of reducing the funds we send to Washington D.C., which are all too often wasted there. This wealth is now to a greater degree in the hands of the folks who have earned it, to the betterment of the economy.

Third, stultifying regulations. When he came into power, Donald Trump resolved that for every new directive implemented, two of them would be rescinded!  He has been true to his word. Here are some tip of the iceberg cases in point: pipelines, offshore drilling, fracking, CAFÉ standards.

Fourth, government expenditure is lower than it otherwise would have been without the good offices of The Donald. I won’t go into the boring statistics. Let me just offer some emblematic data, which is broadly indicative of the direction in which the economy is heading:

Size of Michelle’s staff: 24; Melania’s: a grand total of 4. Number of staff in the White House under the previous administration: 487; at present: 377.

But what about Thomas Cook going belly-up a short while ago? Is this not a clear and present danger to the economy? No. There are numerous other companies, equally important if not more so, that have sought title 11 protection without starting off any major economic downturn.

Bankruptcies are normal under any economic circumstances and this time it is not different.

But there are also dangers. Exhibit A is surely our present tariff war with China. Mr. Obama had “a pen and a telephone.” He could do pretty much whatever he wanted with them, in terms of issuing executive orders. Mr. Trump has the same implements at his disposal. He can change course on this dangerous tariff war policy of his. If he wants to ward off a vote killing recession in time for the 2020 election, he will follow Milton Friedman’s advice. Our President will announce a unilateral declaration of free trade, not only with China, but with every country on the planet. When and if we discover Martians on the fourth planet, they, too should be included.

Exhibit B is California. It is only one state, but it is a large one. They are undertaking in all sorts of activities endangering the economy. Rent control, denigrating gigs, promoting stultifying labor unionism, raising CAFÉ standards, etc.

It seems they are heading toward a Venezuelan economy. Mr. Trump of course cannot be blamed for this. Indeed, he stands for just about the opposite policies of the powers that be in Sacramento. But, still, the socialist policies of this state may pull down the entire U.S. economy, so large a role in it does it play.

Exhibit C is uncertainty. The mainstream press is engaging in all sorts of scare tactics. Some even are calling for a recession to occur, and discerning people know exactly why. Then, there is the impeachment push by the Democratic party. Previously, it was Mueller; the latest foray concerns the Ukraine. This might well boomerang against the Democrats, since Biden’s sin, if true, constitutes a serious violation while Trump seems merely to be attempting to shed light on it.

Is a recession in the offing? It is hard to say. My best guess, all things considered? This is unlikely. Very unlikely. And, if “It’s the economy, stupid” holds sway, Mr. Trump may well still be our president in 2021.