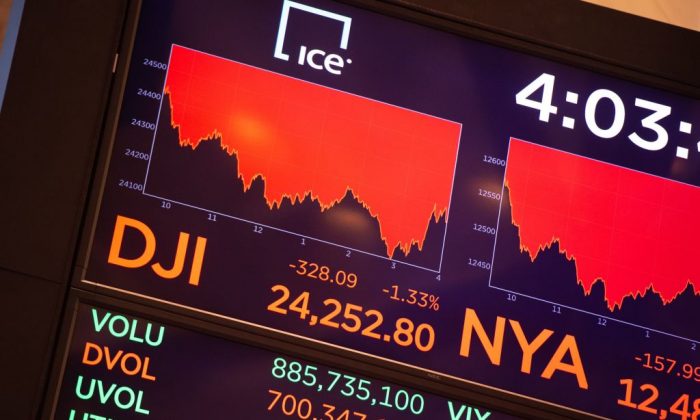 There are always risks, but the world economy looks solid

When the world economy is faring reasonably well—like at this moment, with growth at 3.5 percent—economists tend to concentrate on the bad news and hurry to predict the timing of the next recession. In May 2018, for example, about 80 percent of the economists surveyed by The Wall Street Journal predicted the world economy will be in trouble by 2020 or 2021.

They say the next crisis would probably be the result of higher interest rates, lower equity markets, and trade wars, the pessimists said. But is it time to run for cover before the next downturn?

Here are the facts. The United States, China, and the European Union are the main drivers of the world economy. But each features a different growth pattern. U.S. economic growth is higher than productivity gains, but remains significantly lower than technological advances would allow.

China is growing at the expected rate, given its massive savings and investment rate as well as the tail end of urbanization trends. Yet its failure to introduce real competition to domestic industries and systematic political interference could bring its economic success story to a sudden stop.

Europe is doing reasonably well on aggregate, growing about 2.5 percent. Like the United States, however, it has failed to exploit its technological advantage and is burdened by a range of self-inflicted political handicaps.

America is on a solid growth path. Its performance can stabilize annual growth at between 3 percent and 4 percent if productivity accelerates, or 2 percent if it does not. Barring a dramatic shock (perhaps a trade war?), a global recession will hardly originate in the United States. Rising interest rates will make no difference: They are long overdue, and though monetary tightening has recently gathered momentum, it had been widely anticipated by investors and consumers and does not seem to be generating tensions.

China and Europe are a different matter, since politics will play a significant role in shaping their competitive environments, and their economies will benefit or suffer in consequence. In China, the problem boils down to assessing whether the regime will succeed in liberalizing the banking industry without producing a wave of bankruptcies, especially among large, state-owned enterprises. If this delicate operation fails, the political elite would lose legitimacy, and an opportunity to strengthen the economy would be submerged in chaos.

Europe’s political problem is different. During the past years, the EU authorities have pushed to expand their power and enhance their credibility through heavy regulation. These policies have stifled competition, discouraged productive entrepreneurship, and encouraged government spending.

Economic growth will certainly slow if Brussels insists on its regulatory push, which includes a vexing approach to mergers and acquisitions, ongoing attempts to develop a federal welfare state through labor and health standards, and an unyielding resolve to manage continental policymaking and national public debts from a centralized control room.

By contrast, growth will jump-start if the EU authorities step back into their role as watchdogs of institutional competition, rather than as architects of a mixed economy featuring soft planning and an unhealthy alliance between big business and a centralized technocracy. In this light, the tough stance taken by the Visegrad 4 group around Poland and Hungary, as well as Italy’s somewhat disheveled challenge to the dominance of Brussels and Frankfurt, could be a welcome wake-up call.

The broad picture in the United States and Europe suggests there will be no drift into recession. Rather, future scenarios will be shaped by crucial political and economic events. But the list of possibly devastating political shocks is short. It includes a trade war and a major political crisis in China.

As for trade wars, politicians might be tempted to please portions of their electorate and key interest groups. This will not happen in China, whose leaders are aware that the economy relies heavily on exports, and who have worked to create expectations for easy trade conditions with Europe and many less developed countries, especially in Asia. It is also unlikely to happen in Europe, since international trade is largely managed in Brussels, where policymakers do not need to please voters to keep their jobs.

The situation for the United States is different, because President Donald Trump intends to deliver on his campaign promises of fair and equal trade. Yet we think that nothing dramatic can happen if China and Europe stick to their positions and keep their nerve.

Trump has repeatedly pushed for China and Europe to remove trade barriers, and if he indeed succeeds, then the world could end up having not a trade war, but more free trade. In a worst-case scenario of escalating threats and tensions, however, all three players would keep adding barriers instead of removing them.

As mentioned earlier, interest rates are unlikely to wreak havoc on financial markets: Their rise has been expected and will remove a serious source of distortion—overly generous monetary policy. But while monetary tightening won’t be enough to trigger a recession, two classes of actors will suffer.

Countries, companies, and households that took advantage of ultra-low interest rates and need to refinance their loans, will find themselves in difficulties. So will financial institutions that failed to align the time structure of their assets and liabilities. The latter applies especially to operators who financed mortgages at ridiculously low rates in the past, without raising funds with matching maturities. This includes many emerging-market countries, like Argentina and Turkey, whose currencies have recently come under pressure because they’ve issued too much U.S. dollar-denominated debt without much hope to pay it back in a higher-rate environment.

Similarly, we believe that fears about the vulnerability of Western European public debts to higher interest rates have been overdone.

Except for Greece and Italy, all EU countries are in a position to keep their budget deficits in check and to cover moderately higher debt servicing. Would a partial default by Greece or Italy be enough to ignite a worldwide crisis? Although such a possibility might strengthen the case for bringing about institutional reform in the eurozone, and would certainly harm those who have Greek and Italian bonds in their portfolios, any default by Athens or Rome would be likely to remain a local problem.

We are thus left with a potential Chinese banking crisis: large amounts of bad (nonperforming) loans handed out to inefficient companies. Certainly, a major cleanup of China’s banking system is long overdue. Will it have systemic effects? Although the transition to a healthier banking industry will not be painless and could lead to significantly slower growth for a few years, a threat to the world economy would develop only if the banking crisis morphed into a political one.

In short, the economists’ fears of a global recession appear overblown, unless something dramatic happens in China.

This does not signify that the major economies are healthy. Although China and the United States could exhibit fast or slow growth, depending on how they solve their domestic imbalances (banking and low productivity growth, respectively), Europe could be heading toward stagnation. Sluggish growth (less than 2 percent) is not a recession, but could still be a drag on the world economy.

Europe is not doomed to underperform, but to avoid this outcome, it will have to give up on centralization and the myth of the benevolent EU regulatory superstate.

Enrico Colombatto is a professor of economics at the University of Turin, Italy, and a senior fellow at Geopolitical Intelligence Services. This article was first published by GIS Reports Online.

Enrico Colombatto
Follow
Enrico Colombatto is a professor of economics at the University of Turin, Italy, and a senior fellow at Geopolitical Intelligence Services. This article was first published by GIS Reports Online.
Website