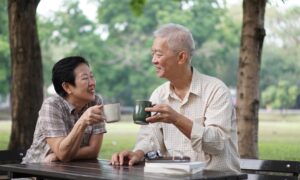 Recess Appointments from a Constitutional and Modern Practical Political Perspective

Mark Pomerleau
My name is Mark Pomerleau. I am originally from the great Commonwealth of Massachusetts but I am currently located in Washington DC. I received a bachelor's degree in Political Science from Westfield State University. I am a freelance journalist in Washington covering politics and policy. I run and operate my own political blog, which can be found at redandbluepolitics.com in addition to being a contributor for The Hill.
View profile
Follow
biggersmaller
Print

President Obama has been thought of by some as having no regard for laws or the Constitution as he has been accused of picking and choosing laws to enforce and execute while also meteorically expanding the power of the Executive.  House Republicans have even mulled a law suit against the president’s apparent abdication of his constitutional duty to faithfully execute the laws as Article II explicitly reads.  As the president’s opponents have championed, the Supreme Court last week unanimously rebuked an apparent executive overreach in which President Obama appointed members to the National Labor Relations Board (NLRB) while the Senate was in a pro forma session (more on this below), which was thought to be in violation of the recess appointments clause of the Constitution.

Despite a unanimous opinion in NLRB v. Noel Canning, the four conservative justices joined a concurrence written by Justice Scalia, which read much like a dissent as he stated he “concur[ed] in the judgment only,” which is to say that he (and the other conservative justices) agreed with the majority that the president was out of bounds in making the appointments, but disagreed with the majority’s reasoning.  The decision is a perfect example of two opposing methods of constitutional interpretation – pragmatism and originalism.  Justice Breyer, who wrote the Court’s opinion, is considered a pragmatist believing in what is called a living Constitution or a more adaptive interpretive application where the Constitution can be shaped to reflect current times.  Conversely, originalism is a school of constitutional interpretation in which one believes in the text of the original Constitution as it was written and what the framers originally intended, Justice Scalia being the face of modern originalism.

Not surprisingly, the editors at the “Originalism Blog” have praised Justice Scalia’s concurrence/dissent and dismissed Justice Breyer’s opinion.  Despite preconceived notions, Mike Rappaport at “Originalism Blog” concisely outlined the three questions the Court considered in Noel Canning: “(1) the type of recess issue (whether a recess appointment could be made only during an intersession recess or also during an intrasession recess); (2) the happen issue (whether a recess appointment could be made only to a vacancy that happened during the recess, or also to a vacancy that initially arose during the session); and (3) the pro forma issue (whether 1 minute sessions attended by 2 Senators count as real sessions).”

Briefly, the recess appointment clause of the Constitution states, “The President shall have Power to fill up all Vacancies that may happen during the Recess of the Senate, by granting Commissions which shall expire at the End of their next Session.”  This clause was written into the Constitution because in the 18th Century, it would take days for members of Congress to get from their home states to Washington so in the event an executive vacancy arose, which requires confirmation from the Senate, the president could make the appointment in Congress’ absence.  However, in today’s digital age, the purpose of the clause seems obsolete.

President Obama made the appointments to the NLRB because the board lacked a quorum to even make rulings.  At the time, the Senate was in what is called a pro forma session, which is considered an intrasession recess or, as the Senate describes it, “a brief meeting of the Senate, often only a few minutes in duration.”  The Senate claimed that no business was taking place but during pro forma sessions, one or two Senators can sit in the Senate and bang the gavel as “a matter of form” (the Latin translation for which “pro forma” is derived) to satisfy the Constitution’s requirement, that is: “Neither House, during the Session of Congress, shall, without the Consent of the other, adjourn for more than three days, nor to any other Place than that in which the two Houses shall be sitting.”  The Supreme Court ruled that these sessions are considered a “session” as far as the recess appointment clause is concerned meaning the president erred in his appointment(s).  Even further, the Court determined the Senate can set their own rules and determine when they are in session and when they are not.

Some commentators such as the New Yorker‘s Jeffrey Toobin, believe this case exemplifies the obsolescence of the United States Constitution.  Mr. Toobin lamented at length during a recent podcast that the Court should not have to go back to a Blackstone Dictionary to define what the term “recess” meant in the 18th Century.  Furthermore, he expressed concern that the Constitution’s obsolescence in this instance combined with the Court’s ruling provides further plugging-up of the sludge in Congress.  Mr. Toobin explained how there are myriad executive positions that require Senate confirmation and today, this practice is not practical (there are roughly 1,200 to 1,400 executive positions that require Senate approval and there are currently 28 countries awaiting ambassadors pending Senate approval.)

The framers of the Constitution were very wary of one branch of government gaining too much power, hence the separation of powers doctrine (though they did favor a slightly stronger executive according to some scholars.)  The separation of powers, for the most part, works well whether it’s the way bills become laws or judicial review.  As some such as Mr. Toobin assert, with the Supreme Court’s decision in Noel Canning, the Senate can effectively block appointments to executive departments they do not like, in this case the NLRB, though the “nuclear option” (executive nominees, excluding Supreme Court justices, only require a simple majority for confirmation), seems to ameliorate the issue.

Is the Constitution obsolete?  Does the Court’s decision in Noel Canning permit continued gridlock in Washington?  While this decision on the surface appears to be in concert with the separation of powers doctrine (especially guarding against executive orders for which President Obama has utilized recently given the congressional gridlock) 28 countries still need ambassadors.  Additionally, can the Senate be expected to hold confirmation votes for up to 1,400 nominees as they arise?  Members of Congress should have an ability to throw around their legislative weight in blocking or objecting to certain nominees and executive offices they oppose in concert with the separation of powers.  However, the ambassadorships are a pressing matter and should possibly be placed in a separate category, above domestic politics as to not injure international standing.  Also, Congress should consider surrendering some power to allow the president to make appointments to certain less prominent posts to lessen the possible 1,400 nominees.  As the United States gets ready to celebrate its birthday later this week as the oldest constitutional democracy, it is important to keep in mind what some scholars say, that no system is perfect.

Mark Pomerleau
Follow
My name is Mark Pomerleau. I am originally from the great Commonwealth of Massachusetts but I am currently located in Washington DC. I received a bachelor's degree in Political Science from Westfield State University. I am a freelance journalist in Washington covering politics and policy. I run and operate my own political blog, which can be found at redandbluepolitics.com in addition to being a contributor for The Hill.
TOP NEWS