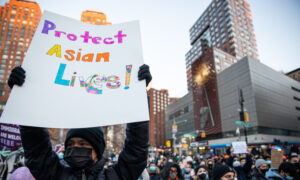 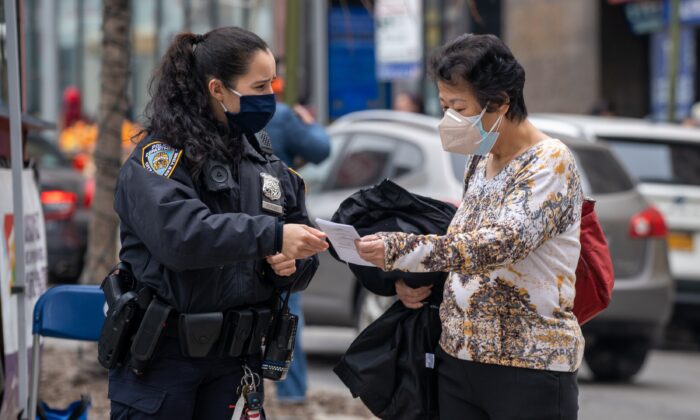 The recent spate of violence against Asian Americans, accentuated by the shootings in Atlanta, which cost eight lives, including six Asian women, among them four of Korean descent, stunned the entire country. It is sending each of us in the Asian American community to search for our true identity and our future in this land we call home. The atmosphere is palpably nervous; a friend living in Atlanta called to inform me that he was planning to move to Thailand for a few years.

A glaring absence of an uptick in discrimination cases against Indian-Americans—a major constituent of the Asian-American fabric—suggests the target is not so much “Asian-Americans” but “Asian-Americans with Chinese faces.” Predictably, the rushed conclusion and simplistic generalization that Asian Americans, not Chinese Americans, are the target of the assaults, have brought backlash from certain segments of the Asian community who felt they have been wrongly blamed. Sery Kim, a Korean-American and GOP House candidate in Texas, made a public remark following the Atlanta shootings about Chinese immigrants: “I don’t want them here at all… they steal our intellectual property, they give us coronavirus, they don’t hold themselves accountable.”

Indeed, the trigger for the sudden spike over the past year of an over 1,000% increase in assaults against Asians bearing Chinese facial features was not the long-running discrimination against Asian-Americans, a claim by the progressives as a new grievance of the woke movement. It was instead from the ethnic association of the Chinese Americans with the presumed originator and spreader of the CCP virus (novel coronavirus): the Chinese regime, or the Chinese Communist Party (CCP). A reluctance or failure to identify the culprit of the Covid pandemic as the CCP has unwittingly and unnecessarily sowed seeds of confusion in the national discourse on the issue, and in the same process, deprived Chinese Americans—and in this regard, all Asian Americans with faces assumed to be Chinese—of the most effective shields against the simmering undercurrents of negative sentiments against them.

In a recent Wall Street Journal opinion piece, former Secretary of State Mike Pompeo and his principal China advisor Miles Yu opined that “[the] Chinese Communist Party is obsessed with viruses… More troubling is the party’s negligence on biosafety… as evidenced by a novel coronavirus that escaped Wuhan.”

The State Department in mid-January 2021 issued a statement that the U.S. intelligence community had uncovered hard evidence that some staff members at the Wuhan Institute of Virology (WIV) lab were stricken with sickness symptoms similar to those of Covid infections as early as Fall 2019, and the Wuhan lab had been working with the Chinese military on research projects. In retrospect, more than four years ago, potent warnings had been sent to Washington in cables by U.S. diplomats who had been shocked by the loose safety standards at WIV with respect to its top-level designation (BSL-4), and the claims by WIV scientists that they had found new bat coronaviruses that could easily infect human cells.

History tells us that American people understand the differences between an evil regime—be it Nazi, militarist, or communist—and innocent, powerless people who have been terrorized. They can also easily tell their enemies from their true friends and even heroes despite their different skin colors, as evidenced by the outpouring of adulation for the Tank Man of Tiananmen Square.

Without any doubt, the dramatic rise in discrimination cases against Chinese immigrants—captured by smartphone videos of defenseless elders in Chinatowns being pushed to the ground in broad daylight—is symptomatic of an increase in deplorable acts of cowardice and bigotry targeting a vulnerable and innocent segment of our population. On the other hand, they should also be a wake-up call for the Chinese community that it is high time that it should draw the line against the CCP. Or, it has to face consequences of alienation from the U.S. public for its links with the Chinese regime.

In the past several decades, the CCP has expended considerable resources into converting Chinese communities into a bastion of influence and beachhead of cooperation. According to a 2018 report of the Hudson Institute, “The Chinese Communist Party’s Foreign Interference Operations: How the U.S. and other Democracies Should Respond,” the tentacles of the CCP have reached into every nook and cranny of our social lives, including politics, education, media, Hollywood, thinktanks, and grassroot activities within the Chinese diaspora.

For instance, during 2012–2018, the report says, the CCP “paid $12,936,243 for contracts with American universities and colleges.” The CCP has sent their agents, masquerading as community leaders, to manipulate the Chinese communities for its own political benefit, including harassing adherents of the Falun Gong spiritual movement. It would definitely help diffuse the current wave of violence if the Chinese community could take the position to openly condemn the CCP’s role in the pandemic and sever its ties to the CCP.

Chinese immigrants of my generation would remember there was a time when Americans enthusiastically supported the pro-democracy students and activists from China. Sadly, a line that used to distinctly separate the Chinese people and the CCP, a blood-stained regime that killed hundreds of students in the spring of 1989, has become blurry; memories of the millions of Chinese clamoring for freedom and elimination of the CCP have faded out, replaced by the image of a nation obsessed with economic prosperity.

In the past two decades, the CCP’s infiltration and inroads into every facet of American social life have made it almost politically incorrect to blame it for any wrongdoing, barring extreme human rights abuses. But all indications suggest the CCP has never changed, and China under its ruling is always on a collision course with the United States. Until our collective memory is resurrected over this history—and until everyone knows the Covid is just another name for the “CCP virus”—the Chinese community will live in fear; antagonism against Chinese immigrants will only persist

Eric Chen was born and brought up in China during the Cultural Revolution. A participant in China’s pro-democracy movement in 1989, he currently lives in Northern California and regularly offers his views on Sino-U.S. relationship based on his long-term experience in both countries.