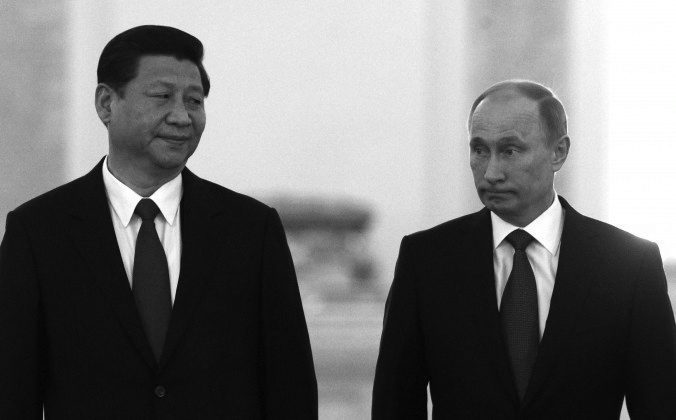 Chinese diplomats have been trying to marshal support for their nation’s expansive claims to the South China Sea, but at two recent summits Chinese leaders returned home having made no progress on this key issue.

On March 22, Xi Jinping made his first foreign trip as the Chinese regime’s paramount leader to Russia. Optimistic of a favorable outcome, mainland Chinese media prematurely termed Xi’s trip to Russia a “Sino-Russian Partnership against the U.S.”

However, the Kremlin was cautious. Xi’s trip ended with Russian President Vladimir Putin’s refusal to include in the joint statement Russia’s explicit support of China’s territorial claims to the Diaoyu Islands (called the Senkakus by the Japanese).

The finalized joint statement only vaguely declared that “(Russia) will firmly and decisively support the efforts of (China) to defend its national sovereignty, security, and development interests.”

In May, Li Keqiang visited India for the first time as Chinese Premier. In a joint statement, Li emphasized that “India and China have a historic opportunity for economic and social development and the realization of this goal will advance peace and prosperity in Asia and the world at large.”

However, the Indian Express reported that Indian Prime Minister Manmohan Singh, in a meeting with Li, refused to support the CCP’s position on the disputed islands in the South China Sea.

Despite widespread speculation that Li had prepared gifts and concessions to help improve Sino-Indian ties during his visit, border tensions between the two nations immediately escalated following his departure from the country.