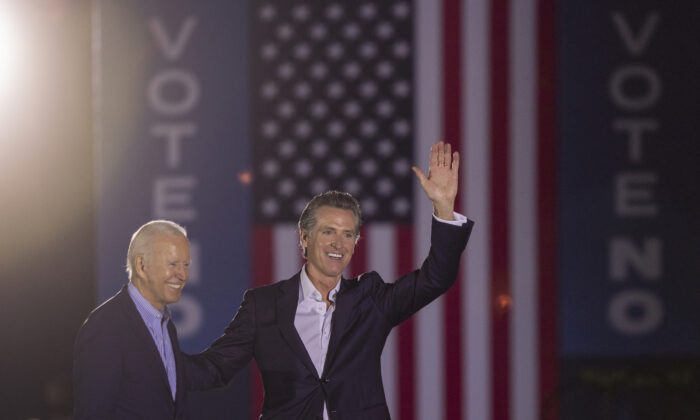 Recent Political Polls Offer a Glimpse of Things to Come 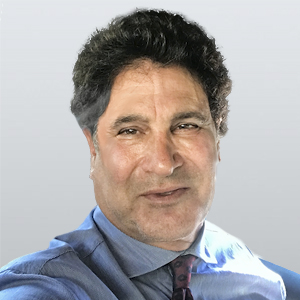 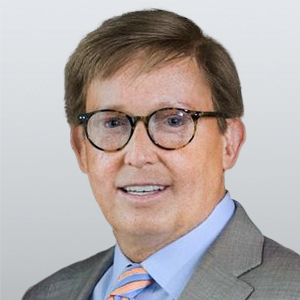 In our 40 years of polling for presidents, prime ministers, and others, we have seen some startling numbers in our time, but the poll we just rendered on behalf of the Center for American Greatness and published in RealClearPolitics just made us recheck our eyeglass prescriptions.

What our poll reveals, in a nationwide study of 750 registered voters, is hardly the perfect prism reflecting the mindset of Americans, but it does offer a glimpse, if not a foreshadowing, of things to come, as we barrel toward midterm elections in November. Let us unpack for you what we have seen as pollsters, and let us illuminate what may come to pass for America, especially for California.

First off, when asked their opinion of Biden’s job performance as president, just 41 percent of Americans approved. Yes, that’s on par with Bush 43 and Jimmy Carter, and it skates near Trump’s lower rungs of popularity. What should be alarming for our Democrat friends is that an NPR/Marist poll, conducted in a simultaneous time period, pegged Biden at 42 percent, while our colleagues at the Trafalgar Group had Biden at 40 percent.

And for what it’s worth, Nate Silver’s FiveThirtyEight rated Trafalgar and Insider Advantage among the very select few that got the 2016 presidential vote right. Yet there are more lumps of coal for the Democrats this Christmas, as gleaned from our poll: 58 percent of folks between 18 and 39 disapprove of Biden, and shockingly, 60 percent of independents.

Although our net numbers of minority voters didn’t meet the threshold of “statistical significance,” (let’s call this a super focus group), 50 percent of African Americans and a stunning 65 percent of Hispanic Americans disapproved. These are figures that should have our Democratic colleagues reaching for the antacid as they would after too much barbecue (we recommend the pink stuff in a bottle). These are the sort of numbers that foretell not just a wave election, but a tsunami—both here in California and across the country.

When 65 percent of the country is experiencing a “negative impact” on their cost of living, you can safely assume that number is pronounced in California, where gas is over 5 bucks a gallon and the commute times are long no matter where you live in this state, from Orange County to the Bay Area.

And of course let’s not forget the high cost of housing here, way more pricey than anywhere else, save Manhattan; just try renting a one-bedroom in Los Angeles for anything less than two grand—you’ll be lucky to find a converted garage.

When over half the country (52 percent) believes that the Democrats are responsible for the rise in violent crime, and when 64 percent think Biden is responsible for the mess at our border, it’s a no-brainer to assume that Californians of all political stripes are suffering. That’s why you see “woke” mayors like London Breed of San Francisco and Gov. Gavin Newsom and, indeed, House Speaker Nancy Pelosi, all demanding sudden “action” to combat the surge of “snatch-and-grab” crime, murders, and “follow-home” shootings now taking place across the state.

Just months ago, this crew was disparaging police and celebrating the “reimagination” of public safety. We are now seeing how that’s all working out, and it looks like the Democrats are going to pay the price for slacking in their primary duty to keep the public safe. Now they’re on a “refund the police” bandwagon, probably because they fear French rolls being thrown at them by fellow diners at their favorite steak joints.

You see, Californians, more so than most, love to dream, love to think big, and indeed, to reimagine themselves creating a better and richer quality of life. That’s what we do here. That’s why my family came here a hundred years ago from Turkey, to pursue endless opportunity in the land of sunshine and sea. That’s why Elon Musk came here, as did Steve Jobs and Walt Disney.

But you can’t dream the big dream when somebody is robbing you at gunpoint, or when gangs are busting down your storefront window, or when you need a bank loan to fill up your gas tank or pay the electric bill.

Pollsters see these issues from afar, but you don’t need to be a Yale-trained pollster to see the convergence of bad news that’s already upon us. And, more critically, who gets the blame. And that’s why in our poll, in a head-to-head presidential election matchup, Donald Trump gets 49 percent of the vote and Joe Biden gets 41.

Sometimes, just sometimes, when you think Americans have become just a little too cozy with autocratic “woke” leadership, you get pleasantly reminded that the people of this land, even our fellow Californians, will give its leaders a lot of slack and grace—until the abuse of power becomes just too much.

What we are now witnessing is the pronounced beginning of the end of Biden and his woke comrades in power. Let’s enjoy that spectacle.

Matt Towery
Follow
Matt Towery is Chairman of the Government Affairs and Public Policy Practice at Hall Booth Smith, P.C. A native of Atlanta, Mr. Towery is a nationally syndicated columnist, author, political analyst, pollster, and attorney. He also served in the Georgia House of Representatives and as CEO of numerous companies.