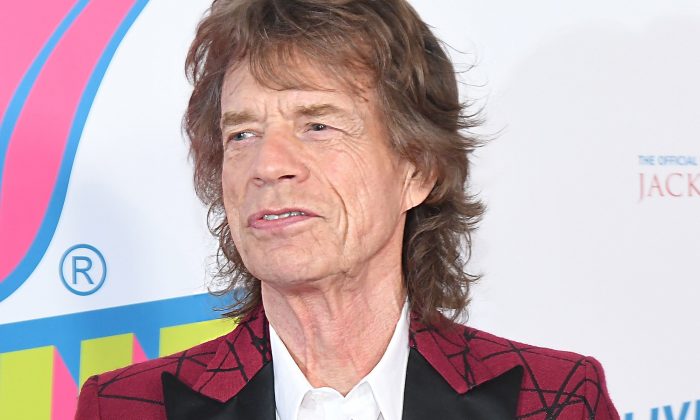 A recent photo of Mick Jagger’s son showed the 2-year-old bears a resemblance to his famous father.

American ballerina Melanie Hamrick, the child’s mother, posted a photo of their son, Deveraux, on Instagram. Jagger, the frontman for the Rolling Stones, has seven other children.

“Spitting image,” “clone of dad” and “Jagger genes” were what some people said about the boy.

Jagger, meanwhile, must have a cardiologist on hand at every Rolling Stones concert in case of an emergency.

Several weeks ago, he had heart surgery, which delayed the band’s North American tour.

A source told the Daily Mail: “There has always been a doctor on tour with the band—that’s a requirement of any major tour, particularly given the ages of the band members.”

“But now Mick has undergone heart surgery, there is a cardiologist there too, just for him. The insurance company demands it just in case anything happens,” the person claimed.

His bandmate, Ronnie Wood, recalled when Jagger informed them he was about to get heart surgery.

Wood said, “Mick had the knowledge from his doctors that someday he’d have to take care of this problem with his heart—but he had no idea it would come up this quickly,” Fox News reported. “He called us to his room and said, ‘I’ve got to do this now.’ He felt so bad about it. We said, ‘Don’t feel bad, if it’s got to be done, do it, then we can carry on rocking.’ And now we really are ready to rock—luckily.”

He said that doctors told Jagger “they’ve never operated on an athlete at 75 before—we had a really good laugh about that.”

“He’s just so fit, he sets aside three hours a day to do exercise and that’s done him plenty of favors in later life. He’s superhuman really,” Wood recalled. “Usually if this type of operation is done on a 75-year-old not in retirement they go back behind a desk. They’ve never had a case where the guy hasn’t had a desk job.”