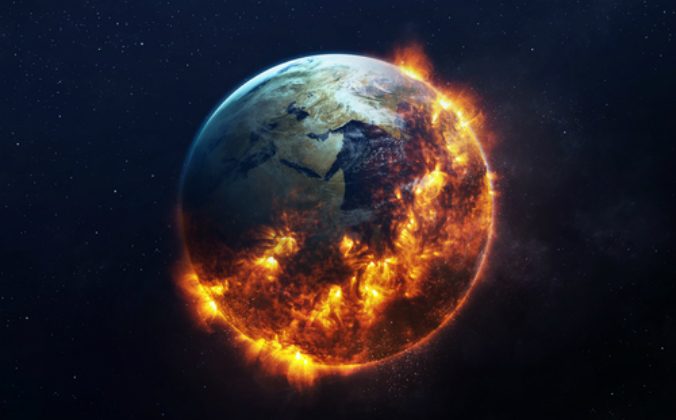 Recent Environmental Disasters Around the World

If it feels like there’s an increasing number of natural disasters occurring lately, you may have cause to think that way. While most of the intense news coverage has been focused on the devastating hurricanes—Harvey, Irma, and Katia—there are many people suffering from other disasters that may have slipped from the public’s view. Here are some other recent events in the United States and around the world that have had a significant impact.

California Gov. Jerry Brown declared a state of emergency in three northern California counties on Sept. 7. Recent wildfires have burned thousands of acres, threatened homes and critical infrastructure, and prompted evacuations. The fires also threatened groves of ancient giant sequoia trees in Yosemite National Park. The La Tuna wildfire started on Sept. 1, and has since burned through more than 7,000 acres, threatened the city of Los Angeles, and caused parts of Interstate 210 to be closed. It was the largest wildfire ever recorded in the city’s history and is now 90 percent contained. You can track the current active wildfires in California on this map.

Washington Gov. Jay Inslee declared a state of emergency for all counties in the state on Sept. 2, due to drier than normal conditions and the high risk of wildfires. Hundreds of thousands of acres are ablaze and there have been reports of “ash falling like snow” in the city of Seattle. A list of the largest fires affecting the area is reported here by the Seattle Times.

Oregon Gov. Kate Brown invoked the Emergency Conflagration Act on Sept. 1 in response to the Eagle Creek Fire. This image of golfers calmly finishing their game while the hill behind them burns was put on twitter.

The Oregonian caught up with the original photographer and the interview is here.  The fire has affected more than 33,000 acres and shut down Interstate 84. It was only 7 percent contained as of Sept. 8. The Oregonian also provides a real-time map showing the range of wildfires affecting the northwest states here.

Montana Gov. Steve Bullock issued an executive order declaring a fire emergency in the state on July 23, and again on Aug. 11. The state is currently suffering from numerous wildfires and air quality alerts. NBC Montana is tracking the fires here, the largest of which is affecting an area of more than 122,000 acres.

Active wildfires affecting the state of Utah are tracked here. There have been 884 reported so far this year, burning 221,550 acres.

Phys.org reports that the U.S. wildfire season of 2017 is so bad due to temperatures rising quickly in the spring, which melted snow much faster than expected. There was also lower than normal rainfall in the summer, which kept the humidity low and left many regions dry.

A plane navigating through smoky skies near Kamiah, Idaho and releasing retardant into the air on September 6.

In British Columbia, Canada, this wildfire season has been reported as the second worst in history so far. Kevin Skrepnek of the province’s Wildfire Service said on Aug. 3 that 1, 896 square miles of forest, bush, and grassland had been torched, as reported by the Vancouver Sun. Active wildfires in British Columbia are tracked here.

In Greece a large number of wildfires hit the country on Aug. 14, due to suspected arson. The country requested help from other European nations to assist in dealing with the threat, as reported by Reuters.

A large number of wildfires were reported in Brazil during the week of July 27 to Aug. 3. NASA reported that over 59,000 fires were detected by Global Forest Watch and captured this image using its Suomi NPP weather satellite.

In Portugal 2,000 villagers were cut off by wildfires on Aug. 17. Another 40,000 were forced to evacuate from the town of Abrantes. This year has been the deadliest so far for the country, as reported by Phys.org. More than 72 have died. The prime minister of Portugal has called the fires “the biggest tragedy” the country has experienced in years.

In Tunisia and Algeria, nearly 5,000 acres were burned, starting on July 29. The cause of the fires has been attributed to a heat wave and arson. Emergency services spokesman Salah Korbi said at a news conference that there were 94 outbreaks across eight provinces, as reported by Al Arabiya English.

Surprisingly, parts of Greenland also caught on fire in August. A strange number of wildfires sprung up in normally damp areas along the western edge of the ice sheet which covers two-thirds of the country. Satellite data shows a dramatic increase of fire activity in the country, starting in 2015. The fires are believed to be caused by less moisture and rising temperatures, as reported by Forbes.

In Siberia wildfires burned through about 133,000 acres, starting in late June. NASA captured images of the wildfires here.

The U.S. Forestry Service reports 5.6 million acres being burned so far this year in the U.S., 1.8 million acres higher than the 10-year average for this time period, as reported by AOL News. The Global Forest Watch tracks all active fires across the global here.

In South Asia about 1,300 people were killed and 41 million affected by this year’s monsoon floods from July through September. Bangladesh, India, Nepal, and Pakistan, were the countries that were hit the hardest. A third of Bangladesh was reported to be underwater on Sept. 1, as reported by CNN. More than 800,000 houses in India and 185,000 in Nepal were reported destroyed by UNICEF. Many cases of death by electrocution in floodwaters were reported in Karachi, Pakistan.

The African countries of Sierra Leone and Niger also experienced heavy rainfall and flooding. In mid-August, the capital of Sierra Leone, Freetown, was razed by a mudslide, which inflicted casualties of more than 1,000. President Ernest Bai Koroma, called out for “urgent support” in the face of the overwhelming devastation. In Niger, Quartz Media reported that more than 40 people had died so far this year due to flooding and that more than 100,000 were at risk.

Europe this summer was struck by a deadly heatwave dubbed “Lucifer.” It affected many southern and eastern European countries and caused 26 cities to issue public health warnings, as reported by Marketwatch. Temperatures reaching 111 degrees Fahrenheit were recorded, and shut down skiing on the Italian Stelvio Pass glacier for the first time in 90 years.

In Southern California record high temperatures were broken on Aug. 27, with highs of 110-111 degrees as reported by KTLA. San Francisco also broke its all-time record high on Sept. 1.

A summary of other significant heat events in the U.S. occurring earlier in June are recorded here.

The president of Mexico, Enrique Peña Nieto, posted on twitter regarding the strongest earthquake to hit in nearly 100 years. It struck close to midnight local time on Sept. 7. The epicenter of the magnitude-8.2 earthquake was in the Pacific Ocean, about 74 miles off the country’s southern coast and about 600 miles southeast of the capital. Strong aftershocks up to 5.2 magnitude were still being reported on Sunday, and the death toll has risen to 90, according to the Chicago Tribune.

In the area around Yellowstone National Park, an ongoing earthquake swarm has been affecting the region since June. There were more than 2,300 recorded in early September and the swarm has continued in Idaho. The Idaho State Journal reported a swarm starting on Sept.2, which is now set to add an additional 300, with the strongest at a 5.3 magnitude. The United States Geological Survey (USGS) tracks all earthquakes on this real-time map.

Office lights at a Mexico City newspaper were filmed swinging in the early hours of Sept. 8, 2017.