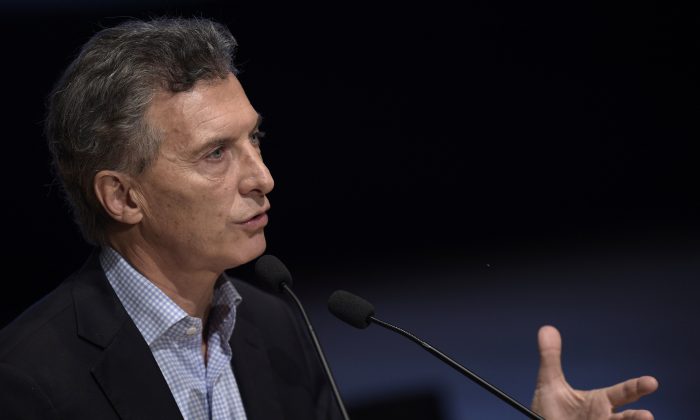 At the end of October, four important elections occurred in the Western Hemisphere. Argentina and Guatemala held presidential elections; Colombia held local and municipal level elections. (Haiti also had an election, but the result won’t be known for several weeks.) For now, the results in Argentina, Guatemala, and Colombia raise key questions for the United States and the region at large.

On Sunday, Oct. 25, Argentines rebuked their country’s socialist political establishment. Current governor of the Buenos Aires (BA) Province and former Vice President Daniel Scioli was expected to win by a landslide against opposition candidate Mauricio Macri. By the time votes were tallied, Macri’s 34.4 percent of the vote precluded any possibility of a first round victory against Scioli’s 36.9 percent. Further solidifying the anti-establishment fervor, Macri’s reformist party mate was elected governor of the BA Province, effectively ending almost three decades of Perónist rule and winning against the current president’s chief of staff.

For the first time in Argentina’s history, the presidential elections will be decided by a runoff—set to take place on Nov. 22. Though the outcome is still unknown, Macri’s high vote count clearly shows that Argentines are unhappy with the status quo. For over a decade, Cristina Fernández de Kirchner and her husband have ruled Argentina under their populist brand of politics dubbed “Kirchnernism.” Argentina is now in default of its sovereign debt and has historically high levels of inflation at 40 percent, second in the region only to Venezuela.

Sunday also proved decisive in Guatemala. After massive anti-government protests led to the peaceful ousting of Guatemala’s Vice President Roxana Baldetti and President Otto Pérez Molina on grounds of corruption, the country elected a complete outsider as president: Jimmy Morales. Many attribute the election of Morales, a former comedian with no political experience, to be a result of the anti-corruption wave sweeping the country. He beat out former first lady and socialist establishment figure Sandra Torres with 70 percent of the vote.

For Guatemala, a nation with a violent history, and where corruption and government abuses are the norm, the peaceful ousting of their former president has altered the political dynamic.

For Guatemala, a nation with a violent history, and where corruption and government abuses are the norm, the peaceful ousting of their former president has altered the political dynamic. Arguably, this will make governance that much more difficult for Morales. As a result of Molina’s impeachment, Guatemalans have now come to expect more of their government, and it is unknown whether the inexperienced Morales can deliver. Corruption is deeply rooted in the Central American nation, with members of its political establishment being the grandest perpetrators.

So extensive was the corruption, in fact, that the United Nations created an investigative organization called the International Commission Against Impunity in Guatemala (CICIG) with complete autonomy over the country’s government officials.

All Change in Argentina as Sun Sets on the Kirchner Era

This setup creates problems for both Guatemalan and U.S. policymakers, as it essentially forces the latter to align foreign aid and policy objectives to the international body. Additionally, CICIG, and not the Guatemalan government, has led the anti-corruption investigations.

At the forefront, however, of Morales’s agenda will be the country’s economic and security situations. The Central American nation is deeply impoverished and has the world’s fifth-highest homicide rates. As a result, it is one of the primary source countries for unlawful migrants to the United States. Similar conditions in neighboring Honduras and El Salvador further complicate the situation.

Over the weekend, Oct. 24–25, Colombians went to the polls to elect governors, mayors, and municipal level leaders. For the most part, members of the leftist ruling party came out on top. One significant deviation was the left’s defeat in the capital city Bogotá to former mayor Enrique Peñalosa, a Duke University-trained economist.

The recently elected government officials have their work cut out for them. In six months, President Juan Manuel Santos is set to finalize the three year-long peace accords with one of the country’s armed guerilla organization, the FARC (Revolutionary Armed Forces of Colombia). In 2012, Santos launched the comprehensive peace talks in Havana with FARC leadership.

Bowing at times to political pressure, Santos has granted drastic allowances to the FARC by cutting back on counternarcotics programs and reinterpreting legal statutes to reduce or eliminate jail time for FARC members. Additionally, FARC negotiators have demanded that former members be allowed to run for office following the implementation of the peace agreement.

Are Foreign NGOs Rebuilding Haiti or Just Cashing In?

The recently elected mayors and governors will be charged with implementing what stands poised to be a dangerous agreement. Colombian and U.S. policymakers alike have an obligation to secure a responsible outcome.

Ana Quintana is a policy analyst for Latin America and the Western Hemisphere in The Heritage Foundation’s Allison Center for Foreign Policy Studies. Copyright The Daily Signal. This article was previously published on DailySignal.com