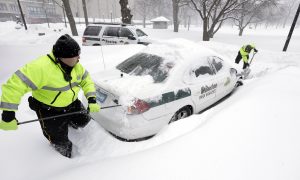 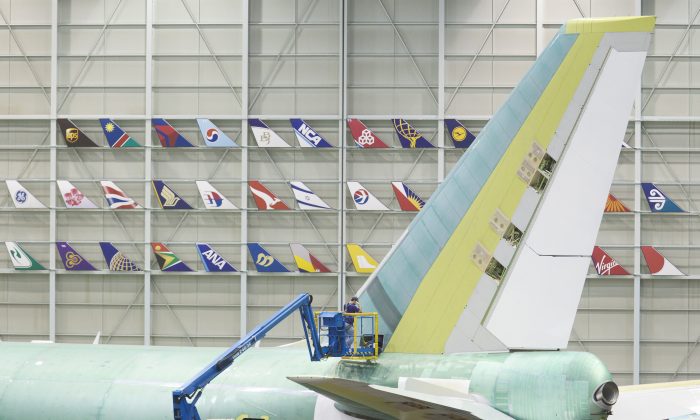 A Boeing employee works on the tail of a Boeing 747-8 Intercontinental June 13, 2012 at the Boeing Factory in Everett, Washington. (Stephen Brashear/Getty Images)
Business

After the shocking decline of 0.7 percent in GDP for the first quarter of 2015, all hopes have been pinned on the summer.

However, things have been looking bleak recently with even the New York Fed admitting that “real consumption expenditures have yet to show signs of a significant pickup from a slowdown in winter … despite better weather.”

Some people even talk about a technical recession of two consecutive quarters of GDP growth: “Industrial production, new orders for durable goods, and real retail sales have generated solid signals of an unfolding recession.  New headline detail in monthly economic releases through the end of July increasingly should confirm that circumstance,” says John Williams of ShadowStats.

He notes that durable goods orders this year have been particularly bad, especially when excluding commercial aircraft, an item generally not considered to reflect mainstream economic activity.

“Annualized quarterly declines in real new orders (ex-commercial aircraft) held for both fourth-quarter 2014 (down by 5.58 percent) and first-quarter 2015 (down by a revised 7.66 percent).”

He also believes that this will most likely lead to a decline in industrial production, a very important GDP component. “Annual change in the ex-commercial aircraft orders has been negative for four consecutive months, a pattern rarely, if ever, seen outside of recessions.”

However, despite all the bad news, there is a glimmer of hope. The Atlanta Fed, which has a very accurate model of GDP forecasting (GDPNow) has recently started to pick up. It had been declining ever since the revised GDP figure for the first quarter but reaches its highest accuracy around one month before the first estimate of the next quarter’s GDP is released (July 30).

So the good news is that GDPNow has been accelerating since June 2 and now predicts GDP growth of 2 percent for the second quarter.