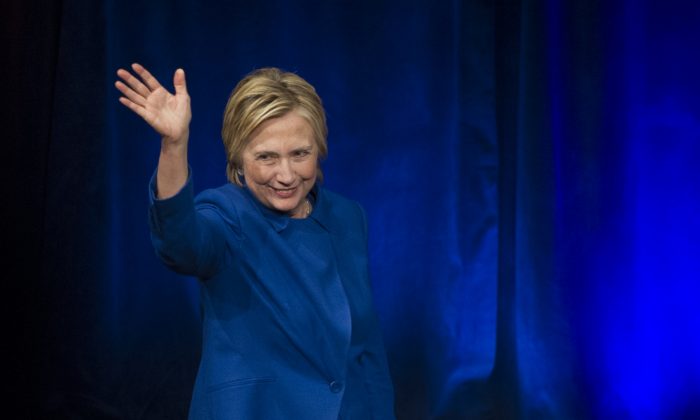 Hillary Clinton waves after addressing the Children's Defense Fund's Beat the Odds celebration at the Newseum in Washington on Nov. 16, 2016. (AP Photo/Cliff Owen)
US

Supporters of Hillary Clinton apparently still have a chance to get their hands on a since-recalled commemorative edition of Newsweek that was set to be released if the Democrat won the presidential election.

Pictures of the one-off issue featuring a photo of Clinton with the title “Madam President” leaked before the Nov. 8 election. Newsweek quickly distanced itself from the issue, explaining that it was published under a Newsweek license by Topix Media. It said on Twitter a “President Trump” issue was also designed.

The “Madam President” edition was quickly recalled following Clinton’s loss, but hundreds of copies of it are for sale on eBay and at least one is fetching bids of $200.

Topix Media says only 17 of the 125,000 “Madam President” issues were sold before they were recalled.

People are hawking copies of Newsweek’s ‘Madam President’ issue for up to $10,000https://t.co/1v1UseNamC pic.twitter.com/RI5paL8EPX