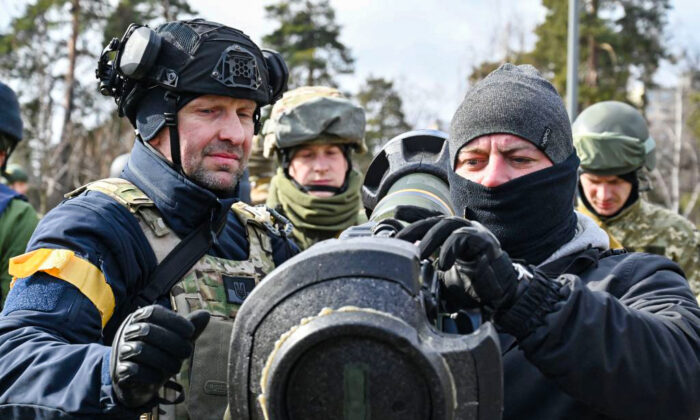 It could take years for the UK to rebuild its weapons stockpile to the level before the Ukraine war, the head of the British armed forces has said.

Britain, which has become one of Ukraine’s most important allies in the country’s resistance against the Russian invasion, was the first European country to send lethal aid to Ukraine and has sent military aid worth hundreds of millions of pounds, including thousands of anti-tank missiles, air defence systems, and armoured vehicles.

Adm. Sir Tony Radakin, who took over as chief of the defence staff in November 2021, acknowledged on June 22 that the “rate of expenditure” of weapons in Ukraine and the “industrial capacity to backfill” had already become “a significant issue.”

Answering questions from the International Relations and Defence Committee in the House of Lords, Radakin said the government needs to work with defence suppliers, and has already invited 12 leading companies to Downing Street for talks.

But he added: “We are then talking in years, because you cannot whistle up with modern weapons a quick production line.

“Yes, you can churn out shells and artillery, but even at the not super-sophisticated end, even at the modest end of an NLAW [anti-tank] weapon, then that’s going to take several years to get back to our original stocks.”

But replacing those weapons has become a concern for members in both houses of the British Parliament.

On June 16, Lord West, the former head of the Royal Navy, described the UK’s weapons stockpile as “insufficient” and called for the country to start producing weapons “almost on a 24/7 basis.”

On June 20, Liam Fox MP, a Conservative former minister, asked the government if the UK is restocking weapons “adequately and quickly enough.”

Docherty, the defence minister, said the government is replacing its weapon stocks as soon as possible and is “operating a new-for-old policy” with regard to arms supplies for Britain’s own military.

At Wednesday’s session, Radakin also said it could take “5 to 10 years” before the UK could deploy a division with the capabilities to fight alongside U.S. forces.

Asked by former Liberal Democrat leader Lord Campbell whether the UK could deploy a full division, Radakin said it was possible but the armed forces were “regrowing” their ability to return to “a much more orthodox divisional strength” including longer-range weapons and modern vehicles.

He said, “We can put out a division, but the division that we want to put out is a much better one in sort of 5 to 10 years’ time, with the capabilities that America would want fighting alongside America.”