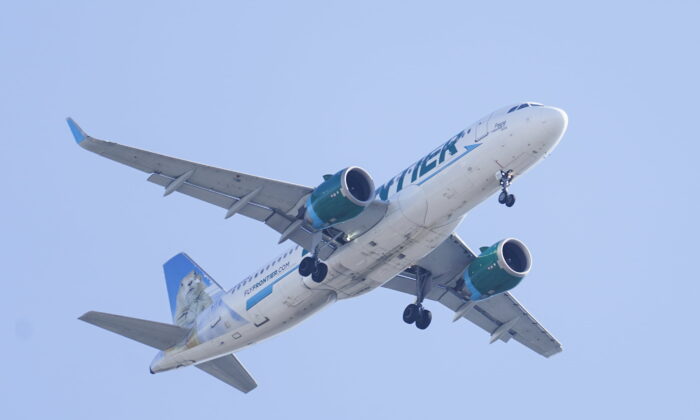 JetBlue launched a hostile takeover bid for Spirit Airlines on Monday and asked shareholders of the low-cost carrier to reject a proposed acquisition by Frontier Airlines.

JetBlue hopes that its move will push Spirit’s board to the negotiating table after the board rejected an earlier offer.

Spirit said that it will “carefully review” JetBlue’s tender offer and plans to make a recommendation to shareholders within 10 business days. Spirit asked the shareholders not to respond to JetBlue until the board finishes the review.

JetBlue pitched a new offer of $30 per share in cash, or more than $3.2 billion, to Spirit stockholders but said its April 5 offer of $33 per share is still available if Spirit enters negotiations.

Shares of Spirit, based in Miramar, Florida, jumped 13.5 percent but still closed well below either JetBlue offer, at $19.27.

Spirit’s board rejected JetBlue’s original $3.6 billion bid on May 2, saying antitrust regulators are unlikely to approve an offer from the New York City airline largely because of its alliance with American Airlines in the Northeast. The Justice Department is suing to block that deal.

Shareholders of Spirit Airlines Inc. are scheduled to vote June 10 on the Frontier bid, which is favored unanimously by the Spirit board. The cash-and-stock offer was valued at $2.9 billion when announced in February, but Frontier’s shares have dropped 30 percent since, reducing the value of the deal.

JetBlue said it reduced the price of its offer because of Spirit’s unwillingness to share financial information.

“The Spirit Board failed to provide us the necessary diligence information it had provided Frontier and then summarily rejected our proposal, which addressed its regulatory concerns, without asking us even a single question about it,” JetBlue CEO Robin Hayes wrote in a letter. “The Spirit Board based its rejection on unsupportable claims that are easily refuted.”

Hayes said JetBlue is offering a significant premium in cash, more certainty, and more benefits for all Spirit investors. He said JetBlue is confident of winning regulatory approval, and called the Frontier bid high risk and low value.

Frontier did not respond immediately to a request for comment.

Helane Becker, an analyst with banking firm Cowen, said the implied value of a Frontier-Spirit deal “is a fraction of the value of (JetBlue’s) offer” of $30 per share in cash.

Either combination involving Spirit would create the nation’s fifth-biggest airline behind American, Delta, United and Southwest.

Frontier and Spirit are similar airlines that offer low fares and get more revenue from tacking on fees for many things. JetBlue is more like the big airlines it hopes to catch. It generally charges higher fares than the discount airlines, but it provides more space between rows and adds amenities including free TV.

A sale to JetBlue would remove Spirit’s planes and pilots from the ultra-low-cost niche of the U.S. airline industry. However, a Frontier acquisition of Spirit could be closely scrutinized too. Several prominent congressional Democrats have warned that a Frontier-Spirit merger could reduce competition and drive up fares.

Shares of JetBlue Airways Corp. fell 6 percent while shares of Frontier, based in Denver, closed up 6 percent.

By David Koenig and Michelle Chapman