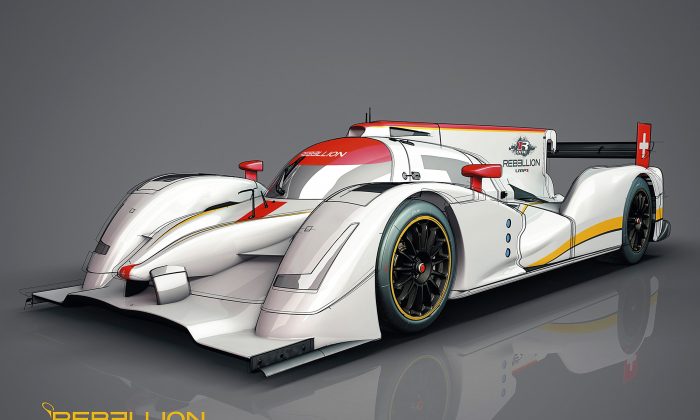 Rebellion Teams Up With Oreca for 2014 LMP-1 Endurance Racer

Rebellion Racing announced on Saturday at the Le Mans Test Days that the Swiss-based racing team will partner with Oreca to build a 2014-compliant LMP-1 car, the Rebellion R-One.

Rebellion has been the most successful LMP-1 privateer in the Intercontinental Le Mans Cup and the World Endurance Championship, finishing first in 2011 and 2012 with its Lola-Toyotas.

With Lola being sold to Multimatic and yet to announce a 2014 chassis, Rebellion needed to find a new ride suited to the new 2014 regulations.

“The new Regulations for 2014 provide a great opportunity for Privateer LMP1 entrants to challenge for overall race wins,” said team principal Bart Hayden in a press release. “At Rebellion Racing, we are motivated by the prospect of those victories and having truly established ourselves in the LMP1 category over the past seasons, we want to build upon our success and reach an even higher level.

“Rebellion Racing are delighted to be able to commit our future to the LMP1 category at such an early stage.  We have chosen Oreca to develop and build the Rebellion R-One because they have a strong record of success, they have produced many successful prototype cars and they share our passion for Endurance Racing.
We have much work to do to be ready for the 2014 season, but we are all looking forward to the challenge ahead.”

Oreca’s president, Hugues De Chaunac, commented, “Everyone at ORECA is very happy with this partnership with Rebellion Racing. They are a team who have proven their ability in running an LM P1 program and who are ambitious. This project fits perfectly with our developing constructor activities and we are motivated by the idea of doing so with a professional outfit. We share in the desire for a captivating challenge.”

The new car will still be powered by Toyota; Toyota Motorsport GmbH (TMG), which builds the very successful TS030s for its parent company, will supply the R-One with its RV8KLM engine, the exact specifications of which have not yet been announced.

As the team focuses on 2014, Rebellion will curtail its 2013 commitments.

“It’s a significant investment to put new cars on the grid next year,” Bart Hayden told Speed.com. “To go racing at the same time as you’re making that investment is a big commitment. We’re just making sure we direct our resources in a way that is going to give us a longer term future.”

The team will only compete in three more American Le Mans Series races, Road America, Circuit of the Americas, and Petit Le Mans, which the team won in 2012. Rebellion will be skipping the Lime Rock, Mosport, Baltimore, and VIR rounds.

Rebellion is currently second in the ALMS, only four points behind Muscle Milk in the P1 class, but the team’s primary focus has always been on the World Championship; ALMS was added as a secondary series.

The team will also campaign only a single car through the rest of the 2013 World Endurance Championship schedule.

The team currently has no plans to race in the ALMS replacement, the United Sports Car Series, in 2014. USCR doesn’t allow P1 cars, and currently hasn’t released regulations for whatever its top class will be.