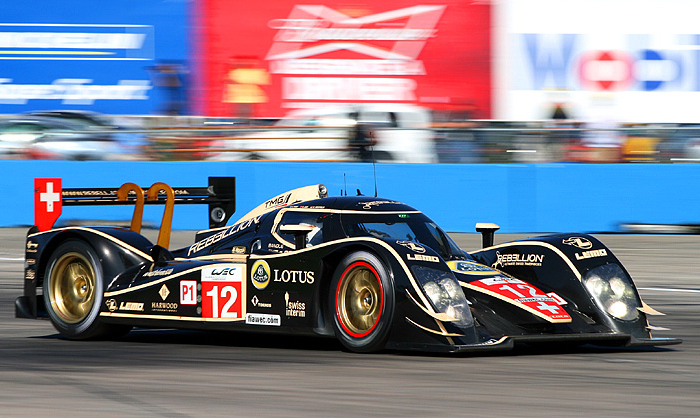 Rebellion Racing is bringing two new Lola B12/60s to the second round of the World Endurance Championship, the Six Hours of Spa.

After testing at Valencia for two days, the team is ready to bring its Lola-Toyotas, with revised bodywork offering lower weight and improved aerodynamic efficiency, plus better breathing for the motor.

Drivers will be Neel Jani, Nicolas Prost, and Nick Heidfeld in the #12 car and Andrea Bellichi and Harold Primat on the #13.

“We are very eager to see how our cars behave with new aerodynamic and technical developments,” said team manger Bart Hayden on the LeMans.org website. “We are confident because of the significant progress we have made with the development carried out in Valencia.

“The Spa-Francorchamps circuit is always a challenge. It is a real pleasure to run there. It is technical and demanding, and drivers love it.

“We want a good result in the race to earn the maximum championship points … ideally in amongst the factory Audi diesels and diesel-hybrids.

With Peugeot having withdrawn from endurance racing and Toyota postponing its debut until the 24 Hours of Le Mans, Rebellion, the 2011 Le Mans Series P1 champions, are perfectly situated to challenge Audi for podium position

Audi is bringing four cars, two diesels and two hybrids; these will be the fastest cars on the track. If anything goes wrong with any of them, Rebellion will be poised to pounce.