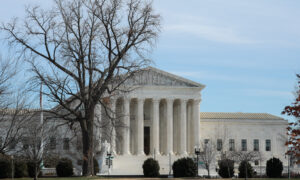 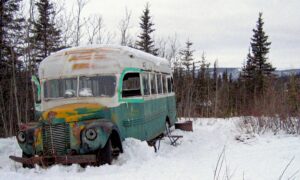 Rebecca Erwin Spencer has been identified as the personal assistant to Robin Williams who found the star actor hanging in his home on Monday.

Radar Online identified Spencer, 57. “She went into the house for a few minutes before someone in the house let her out of the garage and she left quickly,” an eyewitness told the website.

Spencer returned home later that day and has been in and out of Williams property following the death. A Pruis registered to her has been seen multiple times at Williams’ home.

The website reported that Spencer and her husband are a private couple, but friends had gathered at their home on Tuesday in support of what she was going through, while others left condolence notes and bouquets of flowers.

Tuesday morning, Spencer posted a photo of Williams on her Facebook, saying “What a time we had!”

A friend told the Daily Mail that Spencer and Williams were close, and she even moved to be closer to him.

“Rebecca was incredibly close to Robin. She used to live In San Francisco, but when Robin moved out to Tiburon, she moved to a place about five minutes away,” the friend said. One neighbor said that Williams bought Spencer and her husband the home.

People pause by a bench at Boston’s Public Garden, Tuesday, Aug. 12, 2014, where a small memorial has sprung up at the place where Robin Williams filmed a scene during the movie, “Good Will Hunting.” Williams, 63, died at his San Francisco Bay Area home Monday in an apparent suicide. (AP Photo/Elise Amendola)

Brandon Antonio, 13, of San Rafael, leaves flowers outside of the home of Robin Williams in Tiburon, Calif., Tuesday, Aug. 12, 2014. Williams died Monday in an apparent suicide at his San Francisco Bay Area home, according to the sheriff’s office in Marin County, north of San Francisco. (AP Photo/Jeff Chiu)

Spencer worked as Williams’ assistant on more than 33 films, including Good Will Hunting.

In the speech for accepting the Cecil B. DeMille lifetime achievement award from the Golden Globes in 2005, Williams thanked Rebecca for keeping his ego in check.

“Both her and Dan were completely dedicated to Robin, it really was like they were part of the family,” the neighbor said.

“When we heard his personal assistant had found him, we assumed it must have been either Rebecca or Dan. And then when it came out that it was a woman, we knew it had to be Rebecca. It would have been so horrendous for her, it will stay with her forever. She used to spend so much of her time with Robin. She traveled everywhere with him and was always round at his house.”

Valerie Velardi: Was Robin Williams First Wife, and She was the Mother of Their Oldest Child Zachary Pym Williams (+Photo)