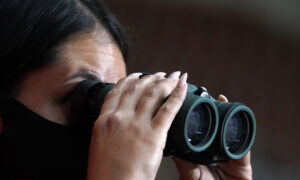 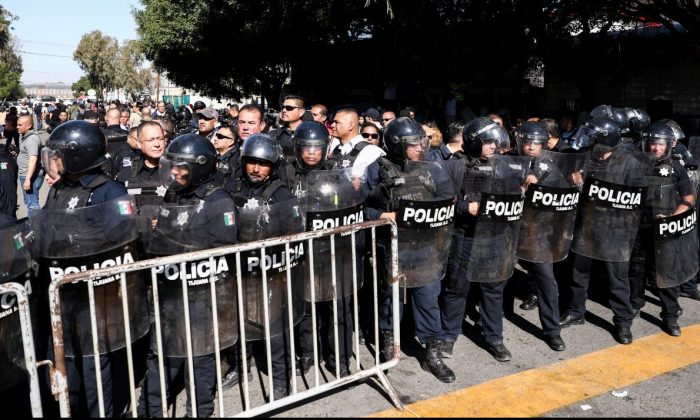 Reasonable or Racist? Trump’s Policies on the Central American Caravan

A federal judge in San Francisco has blocked President Donald Trump’s Nov. 8 directive that stipulates that requests for asylum must be made at a port of entry.

The judge’s action follows a jaw-dropping Nov. 1 lawsuit from lawyers representing 12 Honduran migrants. They filed suit in U.S. District Court for the District of Columbia opposing the president’s announced asylum policy. The petition accused the president of unconstitutional abuse of the caravanners’ “lawful right to seek asylum in the United States.” At the time, the plaintiffs were more than 500 miles from the U.S. border.

Are their claims valid?

Let’s look at the facts. First, do the Central American migrants meet the basic criteria for protection under the existing asylum statute? Second, has the president overstepped his authority by issuing a directive that applicants must apply at a port of entry?

Reacting to what he described as an invasion, the president deployed 5,000 troops to the Mexican border to install barbed-wire fences and other barricades to impede the estimated 7,000 to 10,000 migrants from entering the country; he issued a directive that asylum-applicants must apply at ports of entry.

Trump detractors accused him of using the caravan as part of his midterm strategy to elect Republicans. They have blasted him for ceasing to talk about the caravan since the midterm elections. His supporters say the president has already taken strong deterrence measures; what else is there to say?

Foreigners coming to the United States are admitted as “immigrant” or “non-immigrant,” while asylees and refugees are a different category. Asylum is a special category of immigrant admissions that differs from the normal visa categories for legal entrants. Under U.S. law, an asylee is a “foreign national in the United States or at a port of entry who is unable or unwilling to return to his or her country of nationality, or to seek the protection of that country because of persecution or a well-founded fear of persecution. Persecution or the fear thereof must be based on religion, nationality, membership in a particular social group or political opinion.”

The criteria for asylum says nothing about fear of gang violence or domestic abuse, impoverished living conditions, or a desire for employment.

In 2016, Stephen Dinan of the Washington Times reported, “Nearly one out of every 10 illegal immigrants crossing the southwest border” was demanding asylum, using what he described as ‘magic words’ to claim they fear their home country, and turning a program intended to be a humanitarian lifeline into a new path for unauthorized migrants to gain a foothold in the U.S.”

The number of claimants jumped to 94,000 in 2016 from 5,000 in 2009. That prompted then-Attorney General Jeff Sessions to issue a June 11 ruling that announced the Trump administration’s return to existing law on asylees, which was more restrictive than the Obama administration’s expansion to include domestic violence and gang-related fears. Sessions noted that an “alien may suffer threats and violence in a foreign country for any number of reasons relating to her social, economic, family or other personal circumstances,” but that wouldn’t be covered under the asylum statute.

Perhaps the president acted decisively because our nation faces a crisis fueled by leftist lawyers and socialists, who some observers say are behind the caravan from Central America.

The caravan’s existence has taken the asylee problem to a new level of escalation. Not acting would encourage more illegal migration from would-be asylum seekers. There’s also the matter of fairness to the thousands of other foreign-born people waiting their turn to legally enter the United States. What would it have said to them had the U.S. government allowed thousands of people traveling en masse to leapfrog over those seeking to follow U.S. law?

Lawyers for the caravan migrants have accused the president of violating existing asylee law, by pointing out that the asylee statute says a person can apply within the country, as well as at a port of entry. Perhaps, the caravan lawyers’ textual analysis is legitimate on its face. However,  I believe the president could remedy this problem by modifying his Nov. 8 directive by offering additional clarifying language.

The new language might re-emphasize that the directive applies to the threat posed by the caravan of thousands camped outside the Mexican border and the entrepreneurial members who break off and enter through other locations.

Even if the asylees were allowed to enter the country to apply, the overwhelming majority wouldn’t be allowed to remain, and their presence would tax an already overburdened system. According to immigration asylee records, more than 75 percent of Central Americans’ asylee claims are denied. Given that this is the case, Trump’s actions are reasonable and rational. Likewise, the liberal judge’s ban of the president’s directive has become a usual and customary reaction to Trump’s actions.

Until Congress takes the initiative and reforms immigration law, presidents will continue to take unilateral action to address what they see as national threats. Since 2016, Trump has vowed to protect U.S. citizens and the sovereignty of our nation. Just as in other areas, he has exercised strong leadership, which, combined with lack of action from Congress, has manifested itself in the executive actions we have witnessed and the challenges from the left.

Whether or not the president ultimately prevails, his supporters believe he is motivated by love of nation and not bigotry toward foreigners.