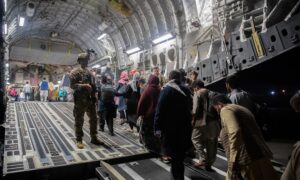 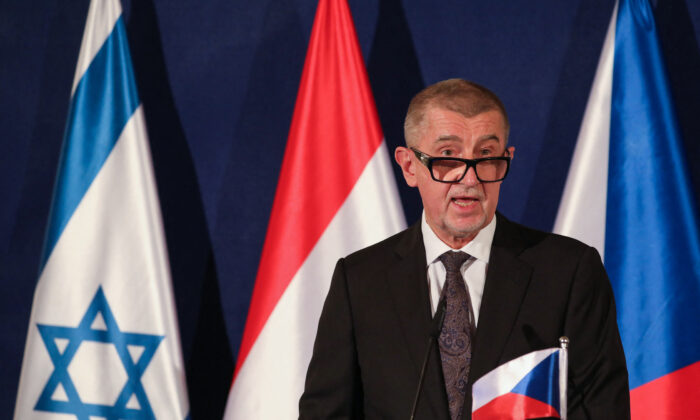 There is “really no place” for Afghan refugees in the European Union, Czech Republic Prime Minister Andrej Babiš said on Sept. 7, adding that leaders should adopt solutions and assist the Afghan people to remain in their home country.

“There is really no place for them in Europe,” Babiš said after meeting with his Slovakia and Austrian counterparts, who share a similar opinion on illegal immigration in Europe.

“A better alternative is a solution making the people stay in Afghanistan,” the Czech leader added amid growing concerns an exodus from the beleaguered nation is likely to happen.

Babiš was joined by Slovak Prime Minister Eduard Heger and Austrian Chancellor Sebastian Kurz on Tuesday and made the remarks at a news conference after meeting at Lednice Castle in the southeastern Czech Republic.

The three leaders all agreed that they are against illegal immigration but shared the same opinion on fighting human smuggling, Gandhara reported. Chancellor Kurz said Austria has already planned to contribute $21.3 million to help Afghans in countries neighboring Afghanistan.

“We will try to moderate their suffering, but we agree the year 2015 should not happen again. We are against illegal migration and we will fight traffickers,” Kurz said. “We need to seek a solution in the region and not spark another exodus to Europe,” he added.

The three countries are among a growing list of nations, including Greece and South Africa, that have expressed concerns about a possible surge of illegal immigrants trying to cross the border following the Taliban’s rise to power.

The lightning takeover of Afghanistan by the designated terrorist group has fuelled the European Union to resist a possible repeat of the 2015 refugee crisis when nearly 1 million people fleeing the Middle East and beyond crossed into Greece from Turkey before traveling north to wealthier states.

Greece already announced it is insisting it will not allow a repetition of the 2015 crisis. Border forces are warned to make sure the country does not become Europe’s gateway again and Greece already bolstered its border defense in recent months.

Last week, South Africa also said that it is “not in a position” to accommodate additional Afghan refugees who fled the country into neighboring Pakistan.

“The South African Government is unfortunately not in a position to accommodate such a request,” the South African Department of Foreign Affairs said in a statement in response to a request made to the country, asking it to consider receiving a number of refugees.

“South Africa is already home to a substantial number of refugees and is seized with addressing their needs,” it added. “Most of them already benefit from the Social Assistance and free medical health programs offered by our country.”

The United Nations (UN) said in August that they are estimating up to half a million Afghan nationals could flee a humanitarian crisis in their homeland in a worst-case scenario.