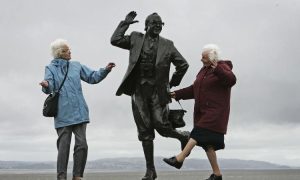 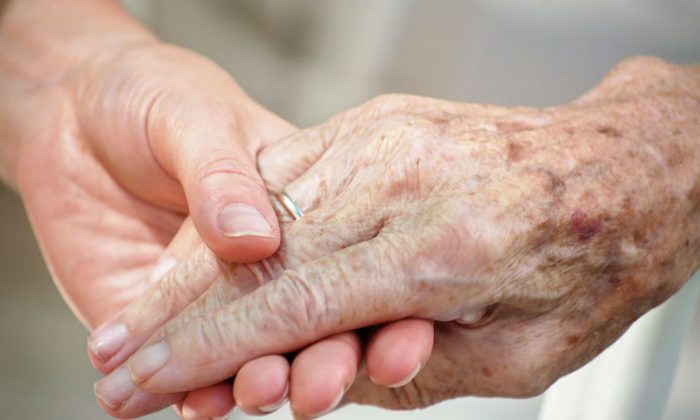 Really, How Old Are You? The Hands Never Lie. (Shutterstock*)
Opinion

Really, How Old Are You? The Hands Never Lie

New research we’ve done into ageing shows that the strength of your grasp may also be one of the most useful ways to measure your true age.

Different measures of physical abilities can be assessed to determine how old someone is including walking speed, standing balance, the speed they can rise from sitting. We found that hand grip strength, a measure of upper-body strength that has been widely studied, is consistently a good indicator of future mortality and susceptibility to disease.

Conventional, numerical measures of ageing are misleading. The most frequently cited reference on the subject, the UN’s World Population Ageing 2013 provides measures of ageing for all countries using estimates from 1950 to 2010 and forecasts to 2100. It categorises people as “old” when they reach their 60th birthday. But a 60 year old in Zimbabwe in 1950 was likely to have very different characteristics to a 60 year old in the UK in 2100.

Over time, people in their 60s and above have generally enjoyed lengthening remaining life expectancies, better health, better cognition and fewer serious disabilities. Ignoring the changes in people’s characteristics over time and differences across countries, as is done in the UN’s World Population Ageing 2013 and other volumes, produces figures that are poor guides for our understanding of population ageing – and for the formation of policies, such as those related to normal pension ages, or making projections of the future costs of health care.

Age Is Just a Number

Categorising people as being old at age 60 or any other chronological age has another disadvantage as well. Chronological age cannot be used to assess whether some groups in a country age faster than other groups. For example, research has shown that more highly educated 60 year olds tend to have longer remaining life expectancies, better health, better cognitive functioning and fewer serious disabilities.

This being the case, we would judge the more educated group to have aged more slowly than the less educated one. Using chronological age as a measure, less-educated 60 year olds are just as old as 60 year olds with more education, but functionally these two groups could be quite different. In order to measure differences in the speed of ageing, we need to have measures that reflect the characteristics associated with being older in a functional sense.

Our new research, published in PLOS ONE, examines studies from all over the world, dealing with people of all ages and their rates of mortality, numerous diseases, physical and cognitive disabilities and the speed of recovery while in the hospital. One study followed over a million young Swedish men who were tested before possibly going into the military. Using registers, these young men were followed up – sometimes for decades. Hand-grip strength at the age of 18 was a good predictor of their future mortality.

Hand-grip strength has the advantage that it is now regularly collected in nationwide surveys on ageing, along with many other characteristics of people. In the US, hand-grip strength measurements can be found in the Health and Retirement Survey, which surveys a representative sample of more than 26,000 Americans over the age of 50 taken every two years. In the UK, they are collected in the English Longitudinal Study of Ageing and similar data for many other European countries can be found in the Survey of Health, Ageing and Retirement in Europe. Other countries with similar surveys that measure hand-grip strength include Japan, South Korea, Mexico, Israel and Costa Rica, among others.

We used the US data to demonstrate how the speed of ageing could be measured for more educated and less educated older Americans. We compared two groups of people: those who had completed their secondary education and those who did not. More educated white men and women aged 69 had the same average hand-grip strength as 65 year olds with less education, indicating that the less educated group had aged significantly faster. More educated African-American women in their 60s had a small advantage over those less educated. Education was found to have no discernible impact on the speed of ageing in African-American men.

The study of ageing needs to be refocused away from how many birthdays people have had. Instead, we need to concentrate on people’s changing characteristics. This study shows how it is possible to have a broader, more-policy relevant understanding of population ageing through looking at markers such as hand grip strength.

Warren Sanderson was co-author of the research described here. This research received funding from the European Research Council under the European Union’s Seventh Framework Programme (FP7/2007–2013)/ERC grant agreement no ERC2013-AdG 323947-Re-Ageing. The funders had no role in study design, data collection and analysis, decision to publish, or preparation of the manuscript. Sergei Scherbov was co-author of the research described here, funded by the ERC. This article was originally published on The Conversation. Read the original article.

*Image of “holding hands” via Shutterstock