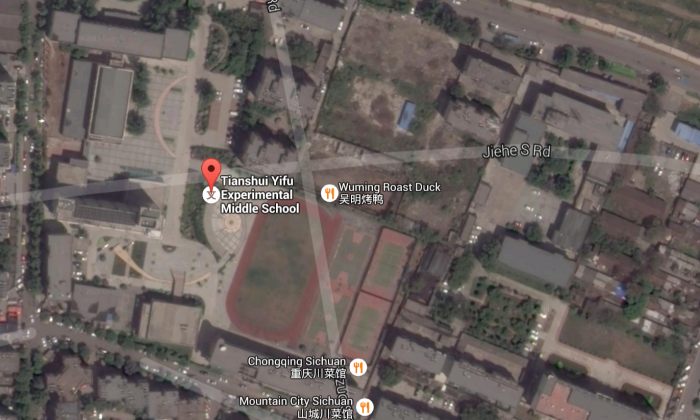 When a middle school in western China’s Gansu Province decided to boost the realism during an air raid drill, 150 students were hospitalized. Five were reported to be in critical condition.

Xinhua reported that in the afternoon of Sept. 18, the school used a smoke generator in order to enhance the reality of air defense. The generator reportedly malfunctioning, causing heavy fumes that led to injuries.

An eighth-grade student said that the drill began at around 3 p.m., and that the smoke had been set up in a building housing the seventh-grade class, Beijing Youth Daily reported.

“After the smoke came up some seventh graders quickly went down the stairs to avoid the smoke,” the student said. Some students stayed in the smoke for a long time even though a teacher shouted instructions at them using a megaphone.

The student said that “that the smoke soon left the seventh-grade building and spread to other parts of the school. “We eighth graders weren’t in the immediate area but it came our way and was very choking. We all covered our noses and mouths.”

Medical experts from the local authorities screened about 200 students for symptoms such as dry cough, vomiting, fever, gastrointestinal bleeding, lethargy, emotional anxiety, and respiratory distress. Nine students were either critically ill or in intensive care, while 142 others were hospitalized for lesser symptoms.

Wang Sanyun, the provincial Communist Party secretary, stated that in addition to ensuring speedy medical recovery and prevention of future such incidents, it would be necessary to “learn from analogies and conduct strict management.”

Tianshui, a city of about 3 million, is located near installations run by the Second Artillery Corps, the nuclear forces of the Chinese military.