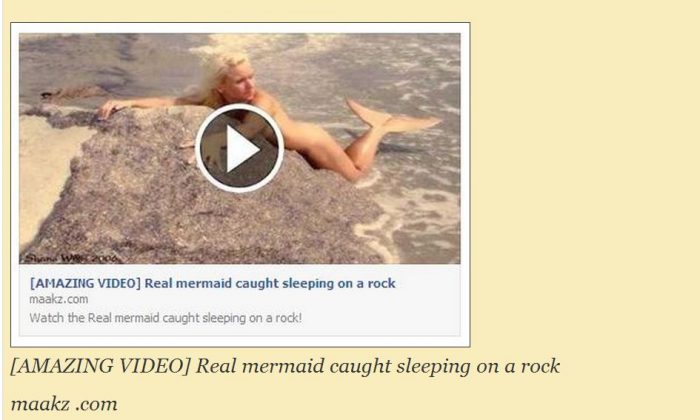 There’s no video despite there being a picture of what appears to be a mermaid sleeping on a rock with a play button.

It then asks the user to share the video before going further.

Then it displays a window to like the “Awesome Interests” page.

“It is this Facebook page that the scammers of these fake Facebook posts and websites want you to ‘like’, which will make it popular. Once the page is popular, these scammers can sell it to online marketers or other scammers,” reads a post from Online Threat Alerts.

It’s recommended to delete and “unlike” all instances of the post if one has “liked” or shared it.