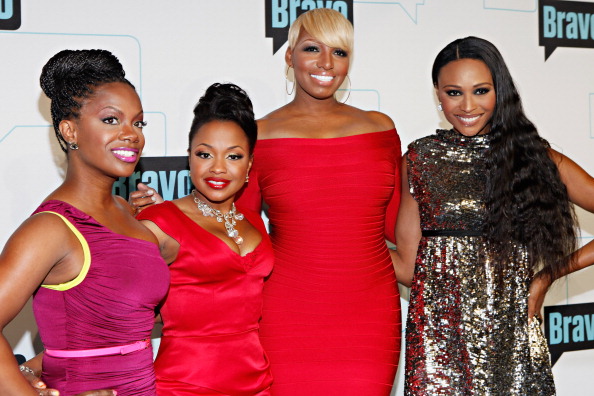 Real Housewives of Atlanta season 7 premiered this week, and broke Bravo TV records, but star Kandi Burruss said that the divorce proceedings between Phaedra Parks and Apollo Nida, who was sentenced to eight years in prison, is “very hard.”

“Phaedra is always assuming I’m siding with Apollo, which isn’t true,” she said, via RealityTea. “Todd and Apollo became pretty good friends, so I would say he takes Apollo’s side a lot. Todd and I have serious debates over their issues. I get to the point where I am like, ‘Listen Todd, we should not be arguing about their problems.’ It’s crazy really.”

Burruss continued: “At the end of the day, Phaedra is my girl. I’m always going to be honest with her about what I think. Sometimes we have a difference of opinion, but it’s not because I’m taking anyone’s side against her. Never that!”

And Parks said that both “NeNe [Leakes] and Porsha [Williams] have been extremely supportive of me and very attentive throughout this entire ordeal, and for that I am extremely grateful.Unfortunately, some of the others decided to use my personal crises as an opportunity to further their own interests and talk to the media to get press for themselves,” according to BravoTV.

She didn’t elaborate on the others.

But Burruss noted that it “always sucks when two people that you really like are going through something as crazy as this. I’ve always heard that when a married couple goes through a divorce the people close to them end up going through the divorce with them. I never understood what that meant before, but I do now.”